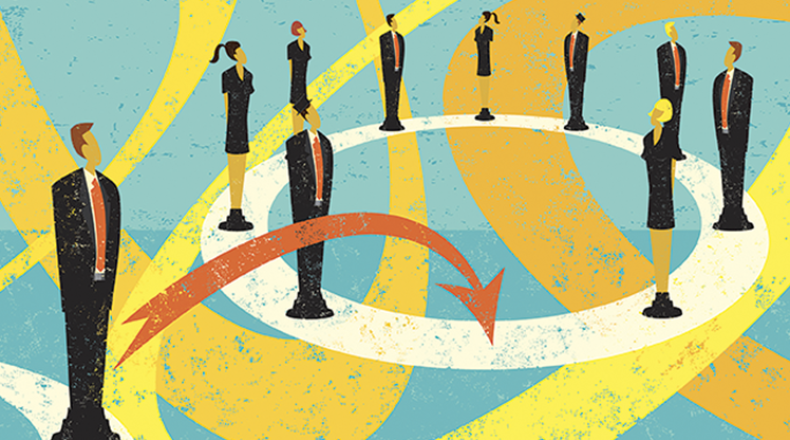 Fellowships are not just for recent graduates who want to learn more about nonprofit careers or for emerging professionals who need some skills development in order to advance. Two unique, state-based fellowship programs take very different approaches to providing experienced executive directors and CEOs with the kind of support that enables them to build on their success and make a significant difference in their communities and in the sector.

A Network of Problem-Solvers

“My wife and I have a passion for South Carolina, and we felt we had an opportunity to make an investment,” Hayne Hipp says. “We wanted to invest directly into the bloodstream of the state. We came up with the idea of a fellowship, and we modeled ours on the Aspen Institute’s Henry Crown Fellowship Program.”

Liberty Fellow nominees must be South Carolina residents between the ages of 30 and 45 who are proven leaders in the nonprofit or for-profit sectors, with a history of significant community engagement. Program administrators focus on bringing together a diverse class of 20 every year, representing a cross section of gender as well as geographic, political, social, occupational and ethnic characteristics.

The core of the program is a series of four five-day seminars that are held over a two-year period. Using Socratic roundtable discussions with a moderator, participants share their perspectives on readings that range from Aristotle and Plato to contemporary fiction and writings about current events.

“It’s a values-based approach centering on what makes a just society,” Hipp explains. “It brings together people from different backgrounds and beliefs in a series of seminars to explore great thinkers and break down the silos that keep us separated. The moderator talks only 15 percent of the time. The discussion is among the fellows. That’s where they get each other’s perspectives. You learn from hearing what other people in the class have to say.”

The overall goal of the program is not to mold new leaders but rather to create a framework that enables existing leaders to work together on behalf of the state. “We had the leaders, but we didn’t have the network that allowed them to work together,” says Jennie Johnson, chief creative officer of Liberty Fellowship. “There wasn’t a way to get to know each other. Now, the fellows make linkages with each other, they build great trust in each other and we’re building the capability for South Carolina to utilize existing leaders more effectively.”

For the third of the four seminars, the fellows, or “Liberties,” join fellows from all Aspen programs worldwide. “The magic of the Liberty Fellowship program is that when the fellows go home from this seminar, 10 days later they’re running into each other, so there is constant exposure to and reinforcement of what they learned,” Johnson adds.

In addition to the seminars, Liberty Fellows undertake a project designed to have a positive impact on the state, with most people choosing something related to education, public policy, the environment or health. Luanne Runge, executive director of Liberty Fellowship, recalls, “I was a partner in a law firm when I was a fellow, and I wanted to take the opportunity to do something different that I was passionate about. I started a mentoring program between college students and inner-city girls around the subject of teen pregnancy.”

Hipp mentions another fellow, a real-estate developer who created a program to teach inner-city youth how to play squash. “At first, I didn’t understand why they needed to learn that, but he’s teaching them teamwork, they’re exercising and he’s encouraging them to go to college,” he says. “One person with one idea now has a lot of adults involved in the program and has impacted a lot of lives.”

The program’s success is prompting a few changes, including adding a fifth seminar called “Call to Action,” which will focus on how the Liberty network and the state can work together. Feedback that fellows want more opportunity to get together may result in more multiclass gatherings.

“The fellows have a very tight network, but they don’t think of getting together as networking,” Runge says. “They’re getting to know people for who they are and how they can collaborate in order to solve a problem and move South Carolina forward.”

The Bonfils-Stanton Foundation’s Livingston Fellows Program (http://bonfils-stantonfoundation.org/lead ership/livingston-Fellowship-program) honors the memory of John Livingston, a longtime trustee, chair and later chair emeritus. “John Livingston had a powerful interest in leadership when he chaired the foundation,” says Gary P. Steuer, president and CEO of the Bonfils-Stanton Foundation in Denver. “There was a focus on it, but we didn’t have a formal program. The trustees created this program to reflect his values and commitment to leadership development.”

Each year, five executive directors or CEOs from Colorado’s nonprofit sector who have proven leadership ability are chosen from between 40 and 100 applicants. Each fellow receives $25,000 to enhance their leadership skills through a two-year, individualized plan that can include anything from travel to meeting with experts in their fields to pursuing an activity that will help them in a particular area.

Once the fellows are selected, they begin to outline their goals, identifying their challenges and what they want to accomplish. “We ask that their initial outline of the plan be done as an infographic that creates a visual representation because that gets them to focus on the big picture,” Steuer explains.

During a two-day retreat in July, they meet with Steuer and Jesse King, a consultant specializing in leadership, organizational development and philanthropy who has worked with the program since its inception, who provide feedback on their plans. By the end of the summer, they complete the plan and present it to foundation staff and King for input before getting final approval. “We do allow people to do some ‘self-work,’” Steuer adds. “Maybe they want to challenge themselves by climbing a mountain or learning to sing or spending a month alone in a cottage in Ireland. We allow for the fact that leadership goes beyond the skills and is about who you are as a person as well.”

The foundation pays the $25,000 award in two installments to each fellow’s organization, which acts as his or her fiscal agent. Once a fellow reports that the first half has been spent, the second payment is made.

Rather than setting a schedule that brings participants together on a regular basis, fellows are encouraged to meet on their own and to plug into the larger cohort of past fellows, according to Steuer. “The fellows organize an intensive, three-day retreat every year,” he says. “They do everything themselves—decide on a theme, get speakers and plan social activities.”

The freedom to chart their own course has resulted in a wide array of experiences among the fellows. For example, one person who runs a microfinance organization said he never had time to just think about his organization or his field because he is so bogged down with running his organization and family responsibilities. He rode his bike across the country, which challenged him physically, and along the way, he met with microfinance leaders. He had time to think and blogged about the experience.

The fellowship experience can be life-changing, as evidenced by Jamie Van Leeuwen, currently senior policy adviser to Governor Hickenlooper. “He wanted to explore how issues of poverty and lack of economic opportunity were dealt with in the Third World, so he went to Uganda and met with service delivery organizations,” Steuer says. “It was a transformative experience for him. He had misperceptions and thought his peers also didn’t really know how things worked on the ground.” The result? In 2009, after winning a Livingston Fellowship, Van Leeuwen founded the Global Livingston Institute (www.globallivingston.org), named for Johnston R. Livingston, a Colorado entrepreneur and philanthropist and the Livingston Fellows Program’s namesake. He takes groups of students and community leaders to East Africa, encouraging them to rethink their approach to international development by learning to “listen, think and then act.”

The two fellowships have different strategies but a common goal: to lift up proven leaders and arm them with the connections, information and experiences that will move them from success to significance.

NGen: Moving Nonprofit Leaders From Next to Now www.independentsector.org/ngen

“Preparing the Next Generation of Nonprofit Leaders” http://ssir.org/articles/entry/preparing_the_next_generation_of_nonprofit_leaders

Ready to Lead? Next Generation Leaders Speak Out www.compasspoint.org/sites/default/files/docs/research/521_readytolead2…