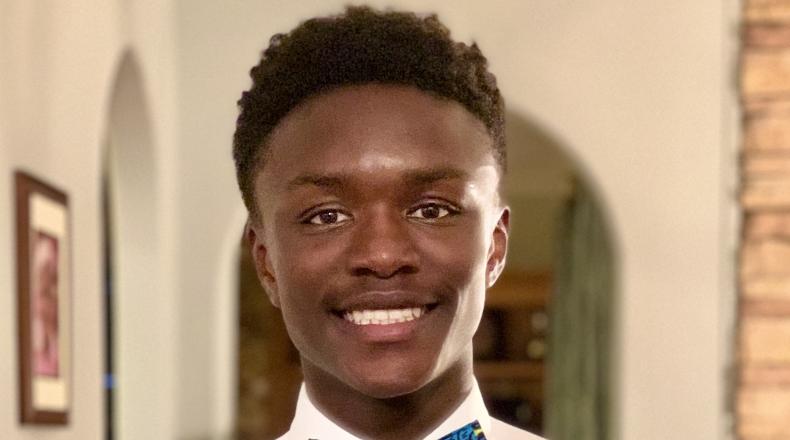 (Arlington, Va.) The Association of Fundraising Professionals (AFP) is proud to recognize Adom Appiah, a high school teenager in Spartanburg, S.C., who has raised tens of thousands of dollars to support a variety of community and charitable causes, as the recipient of the 2020 William R. Simms Award for Outstanding Youth in Philanthropy, Individual, presented by CARTER. 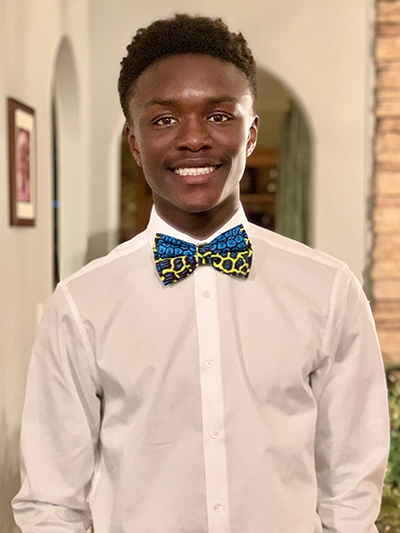 The William R. Simms Awards for Outstanding Youth in Philanthropy, presented by CARTER, honor young people with a proven record of exceptional generosity who demonstrate outstanding civic and charitable responsibility and whose philanthropy encourages others to engage on a community, national, and/or international level. The award will be presented at AFP ICON 2020, the largest gathering of fundraising professionals in the world on Tuesday, March 31, in Baltimore, Md.

In 2016, Appiah’s history teacher, Kelsea Turner, challenged the class to research a community need and then work independently to seek a solution. Passionate about sports, Appiah selected an athletics-oriented service project and called it “Ball4Good.” After creating a website and social media presence, he asked for donations to use as seed money for his first celebrity basketball game in 2017.

Working with the Spartanburg County Foundation, Appiah held the first game, which drew 800 spectators and benefitted the local Boys and Girls Club. Because of the great success of the game, the Foundation granted $1000 to Appiah to start a fund to sustain Ball4Good, and within six months, he had raised an additional $5,000.

Two more successful games were held in successive years, with Appiah raising more than $25,000 for the 2019 game through grant requests. As part of the process, he recruited a select group of students to help with the grant evaluation process and the planning of the games. Funds from the 2019 Ball4Good celebrity basketball supported children living with autism, after-school robotics classes, children without fathers and a mentoring program.

I am blown away and extremely honored to be recognized for my philanthropic work through sports,” said Appiah. “Thanks to the Ball4Good team, my family and  community for their continued support.”

All told, Appiah has raised more than $70,000 through his charitable efforts that have supported numerous causes. Among the athletes who have participated in his charity games: Zion Williamson of the NBA’s New Orleans Pelicans, former NFL player Landon Cohen, retired WNBA all-star Andrea Stinson and former Michigan State University basketball player Anthony Ianni, the first athlete known to have autism to play Division I basketball.

Appiah has demonstrated his generosity and charitable dedication through other ways as well. He has worked with school sports teams to collect toiletries, clothing accessories, toys, and gift cards for the homeless and winter hats for cancer patients. Additionally, he organizes a drive to collect sports equipment for the children in his community over the Christmas holidays. He is also the youngest board member of the Upstate Boys and Girls Club and sends annual letters to potential donors of the Boys and Girls Club to solicit donations for the organization.

“You can’t hear about Adom’s story and not be inspired, and honestly, be a little in awe, of the incredible generosity and leadership he has already shown at such a young age,” said Bob Carter, CFRE, chair of CARTER, a consulting firm that sponsors the award and helps nonprofits across the globe maximize their philanthropic potential. “His drive, his willingness to get things done, and his commitment to include others in the process—all of these are the marks of an experienced philanthropist and activist. Adom has already created such an incredible legacy of philanthropy, and all of us at CARTER are so humbled to be able to recognize him for his efforts.”

Appiah’s plans for the future including recruiting more volunteers for Ball4Good events and building up the charity’s funds to support children in the community. Just recently, he partnered with Spartanburg County soccer coaches, players and the Upward Sports Center to host Kicks4Cancer, a soccer game benefitting children living with cancer. He is also looking at a partnership with Alex Knoll, inventor of the Disability App, to support individuals with different abilities.

“What else can you say about Adom Appiah?” said Mike Geiger, MBA, CPA, president and CEO of AFP. “He has already touched and inspired more people as a teenager than most do in a lifetime. I’m excited to see how he’ll continue to use his philanthropic skills, dedication and generosity in the future, and we look forward to honoring him at our AFP ICON conference later this year.”

More information about Adom Appiah, along with AFP ICON, can be obtained by contacting Michael Nilsen at (425) 241-4675 or michael.nilsen@afpglobal.org.

Falling Into Fundraising: A Targeted Approach