Stonewall at 51: AFP’s Evolution as an LGBTQ-Affirming Association 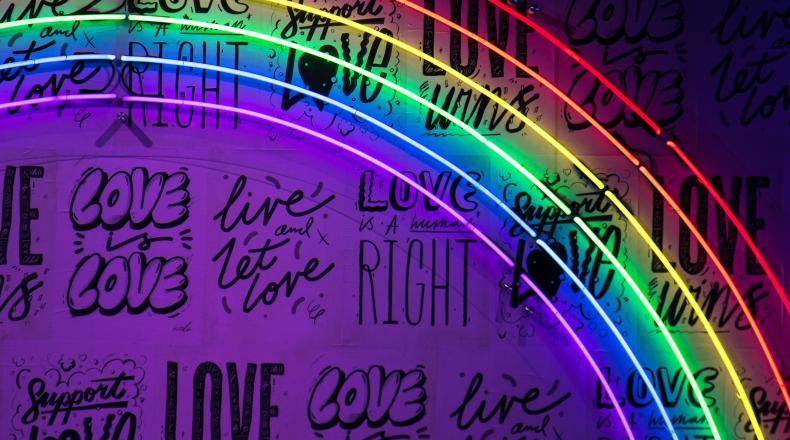 Yesterday, June 28, was the 51st anniversary of the Stonewall uprising that marked the beginning of the modern LGBTQ rights movement in the United States. As Pride Month comes to a close, John Huebler and James Phelps take over Mike’s Monday Message this week to reflect on their more than 20 years of involvement with AFP and the evolution of AFP as a solidly LGBTQ-affirming organization.

We met at the 1999 National Society of Fund Raising Executives (now the Association of Fundraising Professionals) International Conference on Fundraising in Miami Beach. It was the first time either of us attended the conference. Little did we know the impact that event would have on our careers, our service to AFP and its diversity initiatives, and our friendship. While each of us has his own story about finding other LGBTQ people at the conference, neither of us was aware of all the work that had been done prior to that conference that made us feel welcome in the profession as gay men.

In the mid-1990s, what is now AFP officially began its diversity initiatives. The Diversity Committee (now the IDEA Committee) was formed. One of its first public initiatives was a pre-conference workshop on diversity at the 1997 International Conference on Fundraising in Dallas. That workshop pre-dates our conference attendance by two years, but we are fortunate to know many of those who were involved in those early diversity initiatives, including Bill Bartolini, Patricia Broughton, Alphonse Brown, Janet Cohen, Lori Gusdorf, Kay Peck, Donna Red Wing, Lynn Schrader and Charles Stephens to name just a few. Their work laid the foundation for AFP developing into the openly LGBTQ-welcoming organization it is today.

That 1999 conference looked a lot different from recent conferences. At that time, a survey of the crowd found mostly white male faces. We have lived through a diversification of those who attend the conference and those who are part of the profession. Those of us who identify as LGBTQ have been able to find community, but some have had to participate clandestinely out of fear of what might happen if their employers or coworkers found out.

Just two weeks ago, the Supreme Court of the United States ruled that the protections of the Civil Rights Act of 1964 include nondiscrimination on the basis of sexual orientation or gender identity. This follows the Court’s 2015 ruling establishing marriage equality nationwide. While those are only two events in a long line of positive developments for LGBTQ people, they are major landmarks that allow us to reflect on our progress.

Fifty-one years after Stonewall, until this month, it was still legal in 29 states for someone to be fired due to their sexual orientation or gender identity. Fortunately, we have lived in a world where that stark reality was not something that we worried about too much in the fundraising profession and nonprofit sector. We were both fortunate to have found a profession, and in AFP a professional association, where people value us for our contributions to work and civil society.

Each of us, and many of our peers and friends, have certainly had professional challenges being identified as sexual minorities. But over the years, AFP has always had our back. As a result of many dedicated individuals, we have always felt welcomed in our professional association. That has allowed us to thrive within this environment. Both of us have served as presidents of our respective chapters and have actively participated in AFP at the global level. Would that have been possible without the organization’s commitment to inclusion, diversity, equity and access? We are glad that we will never know that answer.

As we wrap up Pride Month, we want to reflect upon all the work that has occurred to assure that everyone who wants to practice ethical fundraising through professional education, networking, research and advocacy  - regardless of their sexual orientation or gender identity - is welcome and included in AFP. Thank you to AFP and to all members, leaders and staff who have contributed to this progress.

John Huebler, CFRE, is a member, director, and past president of the Chicago Chapter of AFP. He serves on the AFP IDEA Committee. He is a major gifts officer at the Illinois Institute of Technology.

James K. Phelps, ACFRE, is a member and past president of the Oregon and SW Washington Chapter of AFP. He serves on the AFP IDEA Committee, is currently a member of the United States AFP Foundation for Philanthropy Fundraising Board, and is a past member of the AFP Board. He owns JKP Fundraising LLC where he practices as a consultant to nonprofit organizations.

John Huebler, CFRE, is a Senior Major Gifts Officer at the Illinois Institute of Technology. He works with Illinois Tech alumni and donors on the west coast to secure their philanthropic investment in the university’s scholarship and capital initiatives.