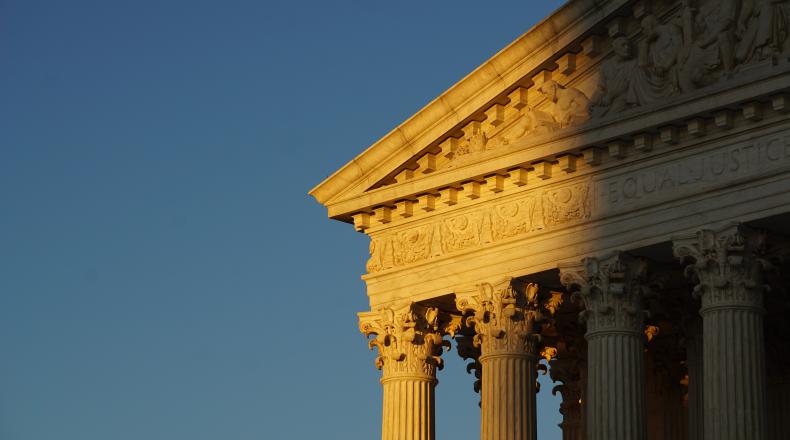 In a victory for the fundraising profession, the U.S. Supreme Court has struck down a California law that required charities to disclose names and information about their major donors to the state government, ruling that it violated the First Amendment right to freedom of association.

AFP had signed on to an amicus brief in the case, Americans for Prosperity Foundation (AFPF)/Thomas More Law Center (TMLC) v. Bonta, which involved charities having to submit an unredacted Schedule B of their Form 990 in order to solicit funds in California.

AFP joined The Nonprofit Alliance and more than 120 other charities in signing on to an amicus brief arguing against the California law.

On Schedule B of the IRS Form 990, charities must list donors’ names, addresses, and amounts given for all donors who contribute more than $5,000 or 2% of a charity’s donations in a tax year (whichever is higher).  While Form 990s are subject to public disclosure, the IRS is legally obligated to keep Schedule B information confidential.

“AFP supports this decision because we believe that donor privacy is a fundamental aspect of fundraising and Americans’ continued generosity and philanthropy, but we also believe that government needs to be able to regulate charities and fundraising to some degree,” said Mike Geiger, MBA, CPA, and president and CEO of the Association of Fundraising Professionals. “This case does not undercut the ability of states to oversee charities—the information involved in this case can still be obtained by states through other means if necessary. We felt the regulation went too far and could have overly burdened charities in their fundraising, and we believe charities and donors will benefit from this decision.”

The majority opinion’s argument following along the lines of AFP’s amicus brief.

“Chief Justice Roberts made it clear in his comments that California should work to prevent wrongdoing by charities, but that this requirement went too far,” said Geiger. “He was also surprised that despite the amount of sensitive information that this law required, the state doesn’t even use the information in its operations and also has other, less obtrusive alternatives to obtain the information needed. This is exactly what AFP has argued—that constitutionally the law went way too far, but also practically, the state hasn’t even demonstrated that it needs or utilizes the information.”

Geiger also noted that the state had accidentally disclosed almost 2000 Schedule B’s online—including donor names and contact information. “A charity’s donor list is one of its most valuable assets, and AFP’s own Code of Ethics, the only enforceable ethical code in the profession, places a significant emphasis on donor privacy and confidentiality,” said Geiger. “If charities cannot ensure donors that their privacy will be respected, then donors may decide not to give.”

The Supreme Court’s ruling goes into effect immediately, and charities will not have to disclose their Schedule B to the California state government anymore. Charities must continue to complete Schedule B as part of their Form 990 and file it with the federal government.

The amicus brief can be found here.

Introducing the 2022 AFP Canada Board of Directors