Technology: Bitcoin and the Future of Fundraising 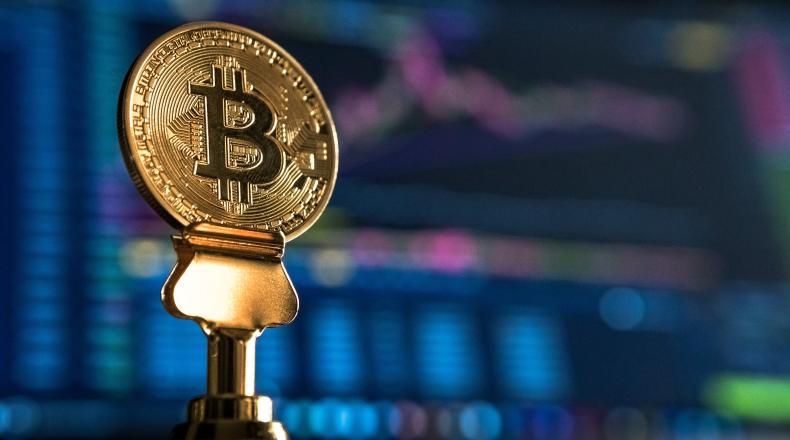 You’ve heard of it, and you’ve seen it in the news, but how can bitcoin help fundraisers engage new donors?

In the last few years, bitcoin has gained widespread attention in the media, though it has also been met with skepticism. However, when online payments were first introduced, they were also met with skepticism. Eventually, people became comfortable transacting in this way, and online payments are now critical for nearly every retailer. Charities that saw this technology’s potential and moved ahead were able to reap the benefits of being early innovators in this space.

When the internet was first made commercially available to the general public in the 90s, it was not uncommon to read sensationalist headlines about how simple it was to access instructions for constructing homemade bombs. However, what this overlooked was the wealth of knowledge being widely shared that was helpful to the world. Indeed, in 1998, American Economist Paul Krugman predicted that, “By 2005 or so, it will become clear that the internet’s impact on the economy has been no greater than the fax machine.” In retrospect, it is easy to see that the internet was, at times, misunderstood and underestimated.

Rather than taking a “wait and see” approach, organizations that are early adopters of bitcoin have had unique opportunities to engage with tech-savvy donors. So, what is bitcoin and how can this new form of money help charities and nonprofits to engage new donors?

Bitcoin is an incredible new form of money. With today’s financial system, sending money across borders is very difficult and very expensive. Using services like bank wires or money transmitters like Western Union can take days and cost a significant percentage of the funds you’re trying to send. For many people, their governments aren’t very good at managing the national finances and inflation is a huge problem, eroding the value of their life savings, leading citizens to invest in gold.

You can think of bitcoin like digital gold. Like real gold, it doesn’t have a central government managing it, and anyone can use it anywhere in the world. What makes bitcoin unique is that, unlike gold and traditional currencies, it can be sent digitally. Someone can send a transaction to anyone else in the world in a matter of minutes for a nominal fee. It is a direct person-to-person transaction. A cryptocurrency donation is essentially one person sending cryptocurrency to another—in this case, a donor sending crypto to your organization.

A Community of Donors Who Aren’t Being Asked to Give

The advent of cryptocurrency has created a new generation of wealthy individuals. For example, an investor who bought $215 worth of the cryptocurrency ‘ether’ in its infancy would have made over $1 million just four years later.

A study of Canadian crypto owners showed that over 23% have the potential to make a major gift, and yet only 4% of charities accept cryptocurrency donations. An increasing number of organizations, including major players like the American Red Cross, Givewell and Wikipedia, have launched bitcoin donation programs. And donors are responding. In 2017, an anonymous donor launched the Pineapple Fund, an $86 million charitable project that supported over 60 charities worldwide.

“Almost two-thirds of our fundraising comes from crypto,” says Tony Stewart of Us4Warriors. “We’re a small organization, but we’re in five-digit figures of crypto, so we feel pretty good.”

Cryptocurrency continues to grow. Therefore, something as simple as providing an option for people to donate is becoming increasingly important. However, the organizations that genuinely get to know the crypto community will be the ones that see unprecedented major gifts.

“Crypto donors are more aware,” says Alejandro, a crypto philanthropist. “They don’t just donate to make themselves feel better. They want to be involved in the change.”

Entrepreneurs, developers and investors from the crypto space are very different from the donors that charities are accustomed to working with. They are typically male and younger than a traditional donor. Their philosophy is much more libertarian-leaning, meaning they often support causes that give people more freedom and fight oppression. People in the crypto space are building the financial infrastructure of the future—they are inherently passionate about innovative solutions that disrupt the status quo and puts power back in the hands of ordinary individuals.

The opportunity for charities is in the billions of dollars. So, what is the problem? For crypto philanthropists, it’s that they aren’t being asked to give. “I’m well known in the crypto space,” says a donor who wished to remain anonymous. “It wouldn’t be hard for a charity to predict my ability to give a big gift in crypto. But I never get asked.”

It’s time for the nonprofit sector to see cryptocurrencies as a key part of their fundraising programs.

The Steps to Getting Started

As with any new part of a fundraising portfolio, there will be a moment of transition and uncertainty when adopting new methods. Not every organization is equipped to accept gifts of stock, but it presents such an opportunity that it becomes integral once it is offered for the first time.

“It took a steep learning curve for the team, our board, and our larger community to understand its potential and how cryptocurrency and crypto donations work,” says fundraiser Henah Parikh. “Within eight weeks of getting set up with cryptocurrency donations, we received more than $42,000 in donations from event sponsorships and COVID relief initiatives for She’s the First.”

Any fundraiser looking to add bitcoin to their fundraising program mix should follow these key steps to get started:

Just as the internet has allowed charities to capture a new wave of tech-savvy donors and streamline their giving process, cryptocurrencies will usher in the next wave of growth and transformation. Make sure your nonprofit is riding it.

Anne Connelly is faculty at Singularity University (SU), a global learning and innovation community using exponential technologies to tackle the world’s biggest challenges and build a better future for all. She teaches global leaders how exponential technologies can solve problems that impact over a billion people. She has been an active part of the global blockchain community since 2012.
Connelly previously worked with Doctors Without Borders Canada in the Central African Republic and the Democratic Republic of Congo and served on their board of directors.

Jason Shim serves as a director of digital strategy and transformation and has led technology and innovation at Pathways to Education Canada, an organization dedicated to helping youth in low-income communities to graduate from high school and reach their full potential. Jason serves as an editor at Ledger, a peer-reviewed scholarly journal at the University of Pittsburgh that publishes full-length original research articles on the subjects of cryptocurrency and blockchain technology. In addition, Jason also serves on the board of NTEN, an organization dedicated to helping nonprofits fulfill their missions through the skillful and racially equitable use of technology. He is the co-author of “Bitcoin and the Future of Fundraising: A Beginners Guide to Cryptocurrency Donations.”