Fundraising as Risk Assessment and Management 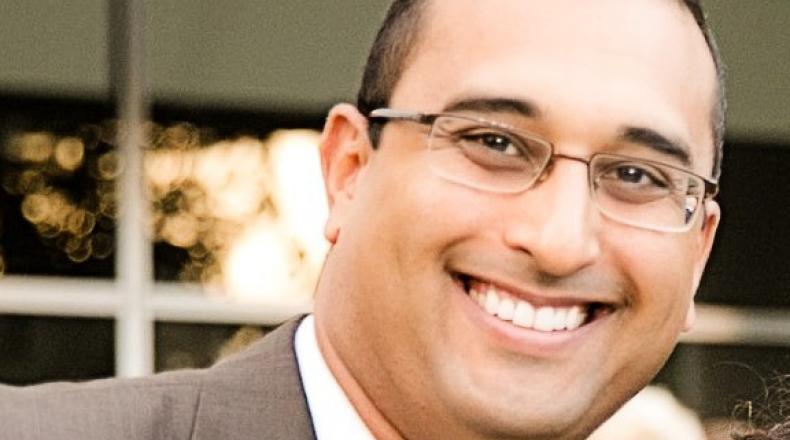 A few years ago, Roger Craver started the discussion that was taken up at an AFP International Conference panel moderated by Simone Joyaux with panelists Tycely Williams, Ashley Belanger, and myself. This week, we continue this conversation with Taylor Shanklin in the podcast: Challenging the Sacred Cows of Fundraising. In these discussions, we have aimed to come closer to a better understanding of risk management in fundraising strategy.

In all of these discussions, one thing continues to be clear: most fundraisers and nonprofit practitioners prioritize the tactical over the strategic, the how rather than the why. While theory must lead to practice, the largest failing of our sector is how we collectively think about "best practices." We tend toward replication rather than iteration, to one-size-fits-all rather than innovation.

Multiple studies have found that people overestimate their ability to influence events that, in fact, are heavily determined by chance. We tend to be overconfident about the accuracy of our forecasts and risk assessments and far too narrow in our assessment of the range of outcomes that may occur. We also anchor our estimates to readily available evidence despite the known danger of making linear extrapolations from recent history to a highly uncertain and variable future. We often compound this problem with a confirmation bias, which drives us to favor information that supports our positions (typically successes) and suppress information that contradicts them (typically failures). When events depart from our expectations, we tend to escalate commitment, irrationally directing even more resources to our failed course of action—throwing good money after bad.

Fundraisers and nonprofit executives take note: poor risk management has tremendous implications for not only our organizations but also our beneficiaries. As such, I would argue that fundraising in particular is a performance of risk management more than anything else, including dollars raised.

While fundraisers are not risk management specialists and Harvard's model might be more complex than we need today, burying our heads in the sand is not the right answer either.

Here are the three things we, as a sector, need to consider immediately to reverse this course of action that will imperil our missions, undermine our programs, and doom us to irrelevance:

1) Stop approaching risk haphazardly. Every nonprofit calculates some form of risk and acts accordingly. Those that don't evaluate risks find themselves cutting off the end of the ham for generations, not knowing why. Every nonprofit is different and risk tolerance rightly varies among organizations. Intellectually, we all probably know that "the way it's always been done" is dangerous practice. Realistically, we rely on "historical" information every day assuming that it will predict future results. RFM analysis of donors is one example but even benchmarking gala or golf tournament income or Giving Tuesday results based on previous year's numbers assumes that course of action was a correct allocation of resources in the first place that demands ongoing reinvestment.

2) Stop conflating causation and correlation. We suffer from the worst case of post-hoc ergo propter hoc or after this, because of this syndrome. As discussed briefly in the podcast, arts fundraisers are particularly susceptible to getting excited about donor acquisition often prioritizing it over more important metrics such as lifetime value. Everyone in our office will tell you that the times where I stress-eat the most is when we have gifts arrive that are unsolicited.

If you don't have a sustainable, replicable process for donor acquisition and retention that is evaluated by lifetime value, your fundraising works by accident not by design. We do this so often with fundraising events and strategies that it's actually mind-boggling. Did your gala actually raise $10,000 when you factor in staff time and other resources? What did you say 'no' to in order to do that gala? Would it have raised more? If your awareness building/"friend-raising" events are doing what they are supposed to be doing, there's trackable return on investment. Get comfortable with evaluating opportunity cost. Put in that light, most of your fundraising activities are keeping you busy rather than creating value.

3) Think! This was the conclusion of our AFP session and it bears repeating. There's so much talk these days about being data-driven and making data informed decisions, which is completely laudable. But many times that just means attaching a number, however spurious, to some sort of activity that we wanted to do anyway. We don't think through a decision-making calculus or critical investigate the data.

Abraham Wald is a name you don't know but should. He's probably single handedly responsible for saving more American pilots from WWII to Vietnam. Wald, a mathematician, was asked by the military to solve a very difficult problem: how to keep American planes from getting shot down. They studied the results of planes that had returned from battle and the damage incurred to determine where armor should be placed. The damage was not uniformly distributed so they asked Wald to determine where to place the armor most efficiently. His response surprised them: he instructed them to armor planes where the least damage had occurred in their sample. Why? Wald reasoned, correctly, that planes that sustained the most damage in certain areas but returned home were clearly capable of surviving. Those that had the least damage in certain areas, the engines for example, never made it home.

To paraphrase an older quip, "data is like a swimsuit: what it reveals is suggestive but what it hides is vital." Take a look at the whole story your data is telling you—not the story you want to hear from it.

For most fundraisers a very simple risk matrix is sufficient to get you on the road to making better decision. Evaluate two things by either axes or a numerical score: likelihood and magnitude. How likely is something to occur and how big of an impact will it be? How likely will people be to attend your gala and how many dollars per head will they give? Then create a forced choice: what are all the other ways you could raise that same amount of money and are there cheaper, more effective ways to do so?

Ready to get complicated? Consider taking the strategies of zero-based budgeting into zero-based strategy each year: rather than defaulting to whatever was done previously, force yourself and your team to start from scratch justifying each activity. Pick up a copy of Red Teaming as an exercise for you and your colleagues and challenge every assumption.

What other assumptions need to be challenged or critically evaluated in our industry? Are there other subjects in the podcast that need more clarity?

Cherian Koshy, CFRE and AFP Master Trainer, is the director of development at Des Moines Performing Arts, co-founder of the Des Moines Fundraising Institute and a member of Rogare’s Advisory Panel and Iowa’s Commission on Volunteer Service. This article originally appeared on LinkedIn and is reprinted with the author’s permission.

Five Challenging Things About Working in a Small Shop