AFP is proud to announce its 2018 group of Outstanding Young Professionals, fundraisers under the age of 31 who have already shown exemplary work in raising funds, inspiring donors, helping manage campaigns and giving back to the profession.

The Outstanding Young Professionals for 2018 are:

Berberovic and Plattsmier will be recognized at AFP’s 2018 International Fundraising Conference in New Orleans on Sunday, April 15, during the Opening General Session.

“AFP is so excited to be able to recognize these two amazing professionals,” said Mike Geiger, president and CEO of AFP. “What they’ve already done in their careers is truly extraordinary. We might define them as “young” for purpose of this award, but they have demonstrated the incredible fundraising skills and prowess you would find in a seasoned professional, as well as a desire to give back to their community. We are looking forward to spotlighting them in New Orleans at our International Fundraising Conference and throughout the year.” 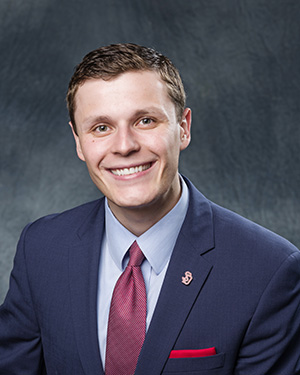 As a health ministry rooted in the Gospel, Avera Health is a regional health system comprised of 340 locations in 100 communities throughout the Upper Midwest and serves a population of nearly 1 million throughout a geographical footprint of 72,000 square miles and 86 counties. In his role, Berberovic develops and implements development strategies to ensure philanthropic gifts to support the mission, patients, and families of Avera McKennan Hospital and University Health Center.

Receiving this honor is humbling as I have enjoyed each day that I have worked in our sector,” said Berberovic. “Taking part in this meaningful work means a great deal to me because my life was changed through the generosity of strangers. I feel that this is the work that I was meant to do: helping others make a difference. I feel blessed beyond measure.

Previously, Berberovic served at the University of South Dakota in Vermillion, South Dakota where he received several promotions that allowed him to work in leadership annual giving, major giving, and ultimately principal giving. Berberovic served in the executive director for principal giving role and was the youngest individual holding the principal giving position in the university’s 155-year history. His effectiveness in connecting prospective donors to the mission of the organization helped see the early completion of the institution’s historic $250 million campaign, in which he personally raised over $34 million.

“Dzenan knows firsthand that people committed to making a difference can and do change lives,” said Margaret Williams, director of prospect research at the University of South Dakota, and who nominated Berberovic for the award. “Just as his life was changed by the generosity of others, he hopes to do the same when he engages prospective benefactors.  Dzenan inspires others to make transformational charitable commitments. His infectious personality is embraced by all. 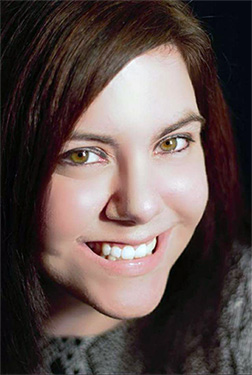 As executive director of the Tennessee Intercollegiate State Legislature (TISL) Foundation, Plattsmier is responsible for leading the strategic direction of the organization, providing guidance to the program director and student leadership, and growing the organization's donor base and grant support.  TISL uses state government as a model to educate and inspire Tennessee college students to the highest standards of leadership, public service, and civic engagement. Plattsmier enjoys guiding and supporting TISL's phenomenal student leaders as well as influencing the next generation of public servants.

"Words cannot describe how honored I feel to have been chosen as one of AFP's Outstanding Young Professionals,” said Plattsmier. “I have known from a very young age that fundraising was my passion and the best opportunity for me to make a difference in the world. For the last seven years, I have dedicated my life to honing my fundraising expertise and skill set. AFP has been a huge part of my professional development. To be recognized by my peers and an organization that has meant so much to me is astounding."

Plattsmier has been fundraising since the age of sixteen. In her first year as team leader of the Tennessee Kidney Foundation’s Gift of Life Walk, she raised $1,300 and won the School Challenge for being the highest fundraising school team. During college, Allison raised $12,000 in fine art donations for a benefit concert for Outreach Haiti. In every organization she has served, including the T.J. Martell Foundation, Transit Alliance of Middle Tennessee, Amputee Blade Runners and NeedLink Nashville, she has helped raise hundreds of thousands of dollars, recruit new sponsorships, rebuild donor bases and rejuvenate fundraising programs.

“Allison believes her purpose in life is making a difference in the lives of others,” said Gerald Brown, CEO of Dismas, Inc., in Nashville, Tennessee, and who nominated Plattsmier. “She believes in the power of relationships and excels in leveraging relationships to build the capacity of all organizations involved. Her passion for her work, coupled with her affinity for establishing relationships and her naturally charismatic personality, allows her to make the best of difficult situations while still maintaining a positive outlook.”

The nomination period for the 2019 Outstanding Young Professionals Award, and other AFP awards, will begin in May. An announcement about AFP’s award process will be distributed in the near future.

The Outstanding Young Professionals were selected by judges from the AFP Awards Committee.

By Gene Scanlan
Want The Latest AFP & Fundraising News Delivered To Your Inbox?Sign Up Now!