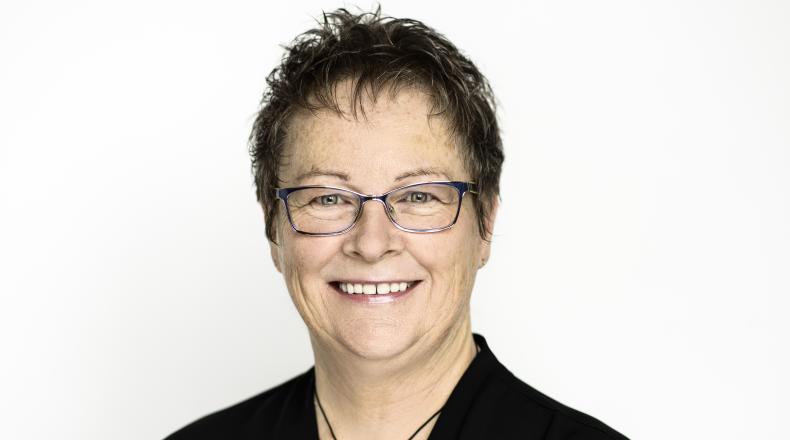 Sheree Allison is a community leader, visionary, and committed professional that has been involved in the nonprofit world for over 30 years, including as a consultant through "Thrive with Sheree Allison." Sheree has helped revolutionize the internal processes of multiple organizations while tripling donor contributions and increasing annual fundraising by over 450%. 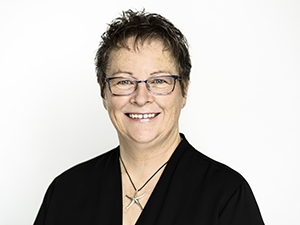 Years working and/or volunteering in the nonprofit sector: I am the executive director of Big Brothers Big Sisters/ Boys and Girls Clubs of Miramichi, a community of 32,000 people. Although the area my organization serves is small, we have dreams as big as the dreams you have for your own organization. As executive director of a small shop, I can tell you without hesitation that I’ve ridden many ups and downs during the 30 years I’ve held the position. When I was starting out, I realized that to be a good executive director, I had to be a great fundraiser. That led me to AFP.

Describe a defining moment in the sector: Back in 2000, I found myself alongside a board of directors that had barely lived through what most of them thought would be the end of our organization. In raw terms, there was no money to stay open for even thirty more days. If you’ve ever been at or near this point, you know how absolutely horrible it is. The situation bears no comparison to simply "being let go" from your job or even "going out of business." In our nonprofit world, the impact is usually much greater. This is because when a nonprofit faces the real possibility of closing its doors, you are witnessing an entire ecosystem – a living, breathing organization with a mission to serve, and one which you literally helped create – that is about to disappear permanently.

In our case, an emergency board meeting was scheduled to deal with three specific issues: cutting staff, closing programs, and informing the community. In the days leading up to that meeting I was feeling anxious. Interestingly enough, I wasn’t anxious in a negative or somber way, but entirely the opposite; I had a fire in my belly to not only keep our organization in existence, but to help it flourish. Despite what seemed like insurmountable circumstances, in my realm of belief there was no way this ship was going down on my watch.

Just before the board meeting took place, I was powerfully moved to do something. I reached out to a significant donor of the organization and asked to meet in order to share with him the imminent decisions. I told him what was about to happen, and then I did something most people would probably deem insane: I let the donor know I was personally giving $5,000 to keep the organization afloat. And then I went a step further.

On the spot, I asked the donor to match my pledge and give $5,000 of his own money. Without any hesitation, he agreed. The exchange took exactly ten minutes. At the Board meeting, after a lot of agonizing discussion mixed with long stretches of uncomfortable silence, I stood up and announced that I was personally giving $5,000 to help us stay afloat. To a table full of stunned faces, I then announced that one of our donors had already agreed to match my $5,000.

that point I said to all the board members present, “I put my commitment on the table. Who else will match our money so we can stay open?” Seven of the ten members immediately said, “I will” and each gave $5,000. One member gave $35,000. The end result? I left what was initially planned as a “close out” meeting with $80,000 on the table and our organization’s doors not only open, but wide open.

Exactly what I learned that day is an interesting question to ponder. One could argue I learned how to survive against the ropes. It could also be argued that I learned how to powerfully persuade people to give, or perhaps how to unify an organization’s commitment to its own existence. Since then, I’ve led the organization from surviving to thriving— including $2.5 million in annual contributions—all the while tripling donor contributions and creating a network of over 400 volunteers and growing.

Describe your desk/workspace: Wherever I work, I create. It must be a well-windowed space because looking out the window has me looking beyond the immediate. My office right now has four walls and three of them have huge windows. It has a stand-up desk and a core chair which people love to use when they come in. I have some oddities sticking around: a little Winnie the Pooh, a tiny fox, a beautiful painting of The Riderless Horse. I don’t go for a lot of inspirational messages on the walls, but I do have one sign right by the door that I love: “Silence is sometimes the best answer." That has served me very well.

What needs to be discussed to further the fundraising profession? Most nonprofits that I am exposed to are staring at the budget when deciding on their next fundraising program, hoping to win and terrified to lose. Many expect a winner right out of the gate despite the fact that history has always indicated otherwise.

The first thing to do is ditch the "quick fix" and "overnight success" mentality. Those two things don't exist. Instead, ask yourself how does what we're doing fit in the market we're in? Will we get a new supporter? And how will it connect to the work we're doing with our mission here?

Also, consider how long you hang onto fundraising projects before you let them go. Time and time again, I see organizations running outdated projects that have zero life to them. They're barely hanging on. Step into reality and recognize that whatever "it" is, it's going to expire, leave, stop, run its course, not last forever, because everything has an end.

Recommendations for nonprofit sector / professional development reading: I recommend Uncharitable by Dan Pallotta. It's provocative and practical. I also recommend going beyond the sector for different ideas to bring into your nonprofit. Two good options for that are What To Do When It's Your Turn by Seth Godin and Changing Minds by Howard Gardner.

How do you define leadership? Leadership is a combination of patience, decisions and resilience. Running a nonprofit requires patience while continuing to make decisions and move forward. Look at every possible angle, but don't defer and delay. There is no time for it. Your job is to put everything on the table to make a decision. Once you've done that, the only thing needed is your commitment. Nothing else. If an idea or project stumbles, falls or fails, I pick up and move on. That is resilience.

How do you recharge?  I recharge by removing myself temporarily from the day-to-day, and I meet with specific people in my life who see the big picture. It's easy to get lost in the mundane—as much as I try not to, it occasionally happens. So, I sit down with people who have earned my trust, and together we talk about big-picture things. It gives me perspective, and it's just the right amount of "recharge" I need to return to my post and dive back in.