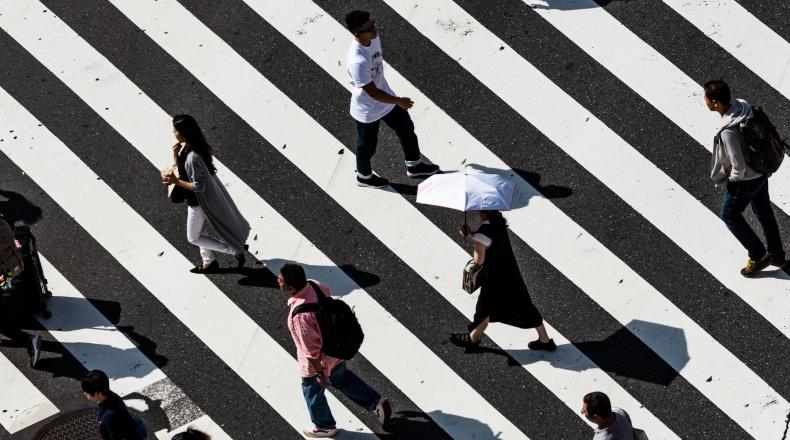 We all do it. We meet someone new – a prospect, a donor, a Board member, a staff member, or others. We quickly learn a few brief things about them and then we make our own assumptions, based on our knowledge, beliefs, past experiences, and other factors. In one sense we build a box for each person, put in what we learned from them, and then fill in more of the box with our own assumptions which later may prove correct or wrong as we learn more about them.

Several years ago I was interviewing an attorney for a feasibility study I was doing as a consultant to an organization. I knew he was a senior partner and guessed he had a high income, as most senior partners do. The attorney introduced himself and said “Yes, I’m a senior partner in the firm and you probably think I make a lot of money. Well, I do, but I have three kids in private colleges and universities and honestly that takes a pretty big chunk of my income.” So my basic assumption about his income was correct, but now I had additional information which modified that assumption.

Many years before that I was on the senior administrative staff of a university on the south side of Chicago. Here I found the tables were turned. I was one of the few white faces on the campus, which had about 66% Black students plus some Hispanic and other minority group students. A good portion of the academic and administrative staff were also Black. So here I was the clear minority; my “box” was quickly filled in by many of the students I interacted with, and those on the staff and faculty I worked with. It was another time when racial and ethnic tensions were high – only a few years after the slaying of Dr. Martin Luther King, Bobby Kennedy, and others. Student assumptions, at least one student’s assumptions were brought home to me on my first day of staffing a student committee. I was the only white face in the room and we started the meeting with me introducing myself very briefly. A student across the table glared at me and said “You’re a racist!” I had hardly said a word, and was not sure what to do. Suddenly I realized my “minority status”, even though it was obviously something I could walk away from, put me in an uncomfortable box here. The group knew almost nothing about me, but already at least one person had directly expressed what others may well have been feeling. I decided it was best not to argue, and maybe he at least in part was right and I needed to work on my own feelings. I thought the best approach was to review the agenda with the committee and move into the meeting. But my little box had quickly been partially filled however right or wrong he was.

Much later in my role as consultant I was meeting for the first time with a client’s fundraising committee. As committee members were arriving, one member took me aside and said “You’ll meet someone today who you think is not well off. He’ll probably be dressed in jeans, boots, and a flannel shirt.” Everyone else was in very proper Chicago business attire. He continued “You may not notice, but his belt buckle probably cost $400. He’s worth more than all of us put together.”

So, how do you prevent just filling in each person’s “box” with your own assumptions and beliefs based on some simple categories you have such as: “wealthy”, “busy”, “important”, “active”, etc.? Start with the most obvious. Each person is unique and not just another box to be filled in by you without reference to who he or she actually is. If the person is to play a key role in your organization in some way, find out as much as you can about him or her before actually meeting the person. I once interviewed the CEO of a very large company and, after we introduced ourselves, he said “Do you know what my company actually does?” Fortunately, I had sone some research and said “Yes, you make these products,” and I listed some of them. “You know,” he said, “The last time I did one of these interviews, I asked the same question and the guy had absolutely no idea what we did. That ended the interview and I told him to leave.” So find out as much as you can – real, factual information – about each person before meeting him or her. And don’t assume too much beyond that information. This basic, real information can be the basis for the usual small talk and the more important parts of the conversation that will follow. And learn what “active listening” is about and how it can be used to quickly engage a person and know much more about each one.

Another thing I always tried to do when meeting someone for the first time was to arrive early. Doing so shows respect for the person’s time but also may help you get additional important information about the person. If I was meeting the person at his or her office, I usually was in the reception room or a waiting area. A little conversation with the receptionist or other staff person could also elicit some additional information about the individual. Also, I might notice plaques on the wall, awards, photos, etc. which could be helpful for my discussions. At times I was ushered into the person’s office where I waited while he or she returned from a meeting elsewhere. Again, I scanned the office for any items which might have some importance to that person. Once I was meeting with the CEO Emeritus of a very large investment management firm. Right after we were introduced, I noticed a picture on his wall of a rather large sailing yacht. I asked about it and he said, yes, he owned it and it was a round-the-world racing yacht purchased from a prominent member of a family heavily involved in the entertainment industry. I saw he had a sense of humor, so we both made jokes about the boat, sailing, and owning a boat formerly connected to a famous family.

So, overall, what advice do I have about meeting new people?