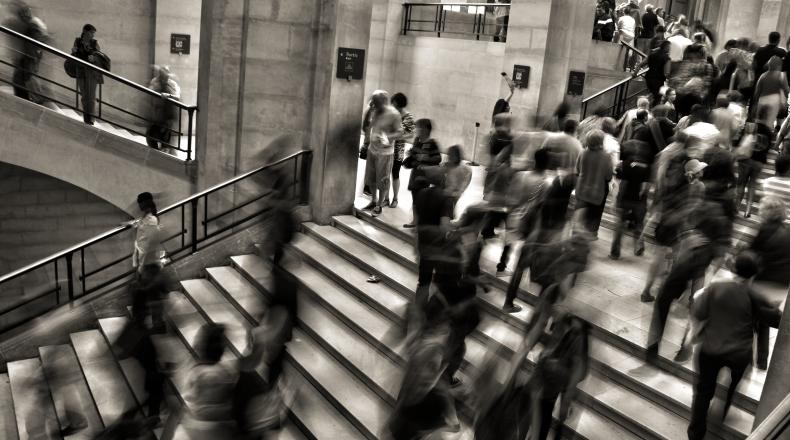 Yesterday, AFP and The Chronicle of Philanthropy released a new survey on job satisfaction. I hope you’ve had a chance to read the article and review our executive summary and infographics.

While some of the questions were similar to what we ask in our annual Compensation and Benefits Reports, we felt it important to partner with the Chronicle on this survey. Doing so allowed us to reach out to fundraisers who are not members of AFP and get a fuller sense of how the profession is feeling about workplace, culture and job satisfaction issues.

You’ll find a lot of interesting data in the survey results. Across the board, more than 80 percent of fundraisers are satisfied with their current job overall, benefits, relationships with volunteers, and their autonomy and independence in their role. Roughly three-quarters are satisfied with their salary—the median salaries of fundraisers in the U.S. and Canada are roughly $10,000 higher than the national medians, according to AFP’s 2019 Compensation and Benefits Report—and believe the positives of their job outweigh the negatives.

As I look at the overall data, in general there are roughly 35 – 40 percent of respondents mostly satisfied with their jobs, likely more senior and more established. Then there is a larger group that is generally satisfied with aspects of their job but dissatisfied with others. This is one of the groups where AFP needs to focus a bit more, and in doing so, help improve the whole profession, especially in terms of job turnover and employee retention.

These numbers are very similar to what we see in our annual Compensation and Benefits Reports. For example, our most recent report found that 26 percent of respondents sought opportunities at other organizations in 2018.

In addition, our numbers are not so dissimilar from other careers as well. For example, from the 2017 AMN Healthcare Survey of Registered Nurses, 35 percent agreed or strongly agreed that “if I have my way, I will not be working in this job a year from now,” with another 20 percent neither agreeing nor disagreeing. Or consider an industry completely different from fundraising, such as machine engineering, where 61 percent of respondents reported their current company is not focusing on employee retention, and 43 percent have considered leaving the engineering profession, according to the Machine Design 2018 Salary and Career Report.

Job satisfaction is an issue in almost every field, but the critical issue for AFP is WHY fundraisers are seeking new jobs or leaving the profession. Salary was the most commonly cited reason, but three different but related reasons were close behind:

Some of the key challenges emerging from the survey are related to those three reasons. Eighty-four percent feel tremendous pressure to succeed, and over half feel or have felt unappreciated in their jobs. Only half are satisfied with the number of fundraising staff the organization has and the opportunities for both promotion and mentorship.

High expectations are placed on fundraisers while not having enough staff, creating incredible levels of stress. At the same time, many feel there are limited opportunities for advancement. Throw in toxic organizational cultures, and it’s not a surprise many are looking for new employment.

AFP’s response must be two-pronged. First, we need to reach out more to nonprofit boards and executive leadership and educate them about fundraising. Some of the issues that were brought up in the Underdeveloped report of several years ago continue to plague our profession. We need charity leaders, both staff and volunteer, to better understand how fundraising works, what fundraisers need to be successful, and the results they can expect out of a fundraising program.

Second, we need to look at ourselves as well. It’s not enough anymore to be just a great fundraiser—we need to be great nonprofit professionals. We need to possess leadership and management skills and have the capacity to lead up, down and sideways. We need to understand how to build cultures of philanthropy at our organizations and develop strategies and tactics to combat toxic management.

AFP has already started to offer different kinds of programming on topics other than fundraising. In addition, we just held our first Leadership Development Summit with representatives from a variety of organizations across the sector, and are beginning to build a new leadership development education curriculum to help train members in these skills. We’re also looking at holding new kinds of events, like an online-only conference focused on a variety of topics including self-care and mental health for fundraisers.

Fundraising is fast-paced, constantly changing and instrumental to the advancement of our society. As such, there is always going to be pressure and tension with many people moving in and out of the profession.

But while people are in the profession—and hopefully they are fundraisers for the rest of their careers—we have a responsibility to make their experience as incredible, hopeful and inspirational as possible. I’m committed to that, and I know the staff and volunteer leadership of AFP are as well.

We are excited that you’re in this great profession, and we look forward to working with you to create that experience. Please feel free to email me with any ideas and responses you have to this survey and how AFP can best serve the profession.

I’m Mike Geiger, president and CEO of the Association of Fundraising Professionals. Though I’m the one posting, it’s really your thoughts and views that we'll be posting, as much as mine —it's about the AFP community and the fundraising profession. I want to keep you up-to-date with what’s happening at AFP, but I really want to hear from you. So e-mail me your comments, questions, concerns, feedback, and items you think I should be covering.