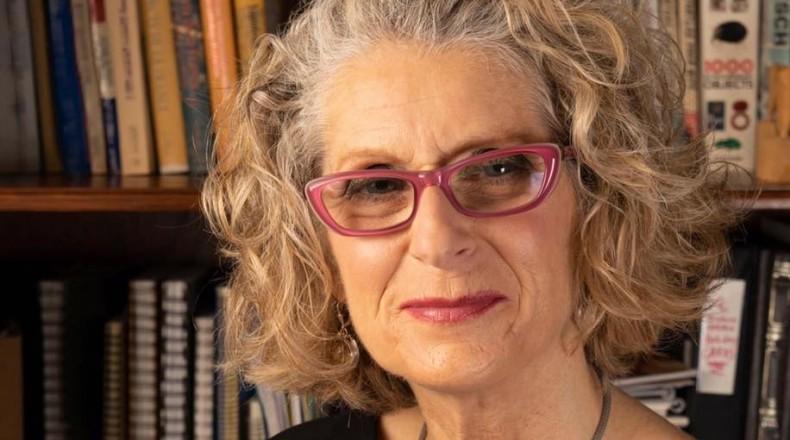 Simone Joyaux, ACFRE, Adv Dip, FAFP, Certificate in Philanthropic Psychology, a renowned fundraiser, author, mentor, teacher, and activist—and recognized internationally as one of the leading voices for fundraising and philanthropy—passed away on Sunday, May 2.

“I only had the pleasure of knowing her for a few years, but even in that short amount of time, she made such an indelible impact on me, just as I know she has on the entire fundraising community,” said Mike Geiger, MBA, CPA, president and CEO of AFP. “She was an advocate and activist in every sense of the words. She was a great champion of the causes she believed in and would work tirelessly on their behalf. For her, that meant not only supporting fundraising, but also being straightforward and unwavering in where she thought fundraising could be and should be better. Her genuineness, her strength, her intensity, her compassion, her curiosity—those are just some of the traits that made her an incredible fundraiser, teacher and person.”

Tributes to Simone have been pouring in, a tribute to her contributions to the profession and the impact she had on so many fundraisers. Both SOFII (Showcase of Fundraising Innovation and Inspiration) and The Agitator have published tributes, and more comments from fundraisers around the world can be found on Caring Bridge.

“I had the privilege of taking several of Simone’s courses, and they were always thought-provoking and urged fundraisers to question everything,” said Kevin J. Foyle, CFRE, Chair of AFP. “In part, that’s what made her so influential—she was not only a great teacher, but she made you think about why we do what we do, and most importantly, is what we are doing the right thing. Her leadership changed our profession, and she has been an inspiration to so many. Simone Joyaux will be sorely missed by the fundraising profession and the entire nonprofit sector.”

Simone began her career in 1975. She served as executive director of a small nonprofit in Lansing, Mich., and then served as chief development officer for Rhode Island’s Trinity Repertory Company. In January 2021, she began her 34th year as a consultant specializing in fund development, strategic planning, and board development/governance. She presented at conferences worldwide and taught in the Master’s Program for Philanthropy and Development at Saint Mary’s University of Minnesota.

Her accomplishments and contributions to the profession were numerous. She was one of just a handful of fundraisers in the world to earn both the Advanced Certified Fund Raising Executive (ACFRE) credential and the Advanced Diploma in Fundraising (Adv Dip). She wrote three books: Strategic Fund Development, now in its 3rd edition, Firing Lousy Board Members, and Keep Your Donors (co-authored with Tom Ahern), and contributed to multiple others. Simone blogged as Simone Uncensored.

Simone gave back extensively to the fundraising profession and to her community. She founded two organizations: Rhode Island's first statewide arts advocacy organization and the Women’s Fund of RI, a social justice organization committed to equity for women and girls. She shared her knowledge and expertise generously and graciously, presenting at conferences worldwide and mentoring and coaching hundreds of nonprofit leaders throughout her career.

Simone became an AFP member in 1984 and served on the AFP Board 1985-1995 and served as the vice chair for professional development. She received her CFRE in 1984 and was one of the first fundraisers to earn the ACFRE (Advanced Certified Fund Raising Executive) credential in 1994. In 2019, she was named an AFP Distinguished Fellow, a program that recognizes members who have made significant leadership contributions to the association, philanthropy and the fundraising profession, and who will continue to advance ethical and effective fundraising through their volunteer and advisory work. She was also a dedicated donor to the AFP Foundation for Philanthropy and a proud member of the Omega Society, the foundation’s planned giving program.

“Philanthropy is my life's work,” said Simone upon being named an AFP Distinguished Fellow. “I fell into it by mistake—and found my existential purpose. AFP has been a helpmate since my early days. Teaching and engaging me. Providing speaking and leadership opportunities. It means a lot to be acknowledged.”

“I remember something Simone told me during our last phone call,” said Geiger. “She said, ‘Once you are in the AFP family and feel part of it, you don’t leave it.’ Well, Simone, I can tell you that you are part of the AFP family and fabric forever, and you will never be forgotten for your incredible contributions to our community and family.”

Read and Listen to Simone

Most recently, Simone wrote in the July 2020 issue of Advancing Philanthropy about the skills fundraisers need to learn beyond just fundraising to become the best possible professionals and authentic advocates. You can read “Beyond Fundraising: Technician or Leader” here.

In 2016, Simone presented a webinar for AFP on “How Social Justice Fuels Philanthropy.” As a tribute to Simone and her passion for activism and social justice, we are making this webinar now accessible free of charge. In the webinar, she urges listeners to think beyond strategies and tactics and explore the underpinnings of philanthropy and fund development, the fundamental why of our work and the possible ethical and moral conflicts of fundraising.

In addition, you can watch Simone as part of a panel about fundraising in the wake of the massive fire at the Notre Dame cathedral. How and why was the response so quick? What were the social implications when the world is filled with other needs of funds? And what can we learn from it all?

If you have memories or thoughts about Simone, you’d like to share with AFP, please email paffairs@afpglobal.org.