The Importance of Being Supported as an LGBTQ+ Fundraiser 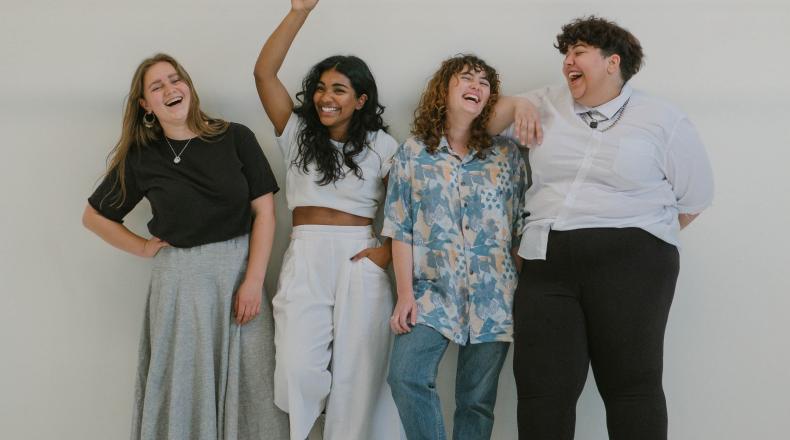 “Be yourself; everyone else is taken.” –Oscar Wilde

Several years ago, I was surrounded by a handful of new colleagues my first day on the job. We were playing a round of “ask the newbie” twenty questions. One of my new colleagues, seeing my wedding rings, asked what my husband did for a living. Well, that was quick.

As an out gay Hispanic woman married to another woman, the “out” part has always been a little tricky. Most of the time, folks don’t guess the gay part.

I came out to members of my immediate family my freshman year in college. It was a process that was intentional and challenging. Since then, I have learned that coming out is an ongoing process in every new sphere I enter. And navigating it has become a self-taught dance.

I entered the fundraising profession 15-months after graduating from college. My first job, for a magazine in Los Angeles, was a dream job for this English major. Until it wasn’t. Clashes with the publisher after a change in ownership had me looking for a new job.

My “How did you end up in fundraising?” story is quite amusing. But that’s not what we’re here for. I was fortunate in that my first two development positions were with prominent LGBTQ+ organizations—one a regional LGBTQ+ community center, the other a national LGBTQ+ civil rights advocacy organization. Being out wasn’t an issue at my next position with a progressive legal organization. In fact, my hiring supervisor held my former organization in such high regard that he and his wife were members of their signature donor circle.

So, for the first 12 years of my fundraising career, being open about my female partners—marriage equality was still a few years off—was not an issue with my colleagues, board members, donors or volunteers. For the most part.

I was also fortunate to find very supportive mentors and role models, including the director of major gifts at my first development job. He saw in me the potential to be a major gifts officer and served as an early mentor. The development director at that organization, Joel, while stern, was an amazing fundraiser and development strategist. There are things he taught me more than twenty years ago that I use not only in the development departments I have led but also in my life. Board members at that organization also served as role models and sponsors. It wasn’t until many years later that I understood the full impact of their sponsorship at a critical moment in my career advancement. The development director at the next organization I worked for, Cathy, was incredibly astute. I learned a great deal just by observing and listening.

Having these openly LGBTQ+ role models early on in my career was crucial. It allowed me to focus on letting my gifts make room for me in ways that were authentic and not forced as my fundraising career evolved. This unconditional support proved a buttress when grappling with and overcoming systemic barriers that I would encounter later in my career.

Earlier this year, my new boss, Kate, left it up to me whether to share with my new fellow senior leaders over Zoom—because we are all still working from home, which is how my entire interview process and onboarding went down—that my father-in-law had passed away the day before, and how hard it was not to have been able to travel with my spouse due to the pandemic/travel restrictions. It was my second week on the job.

I had elected to bring it up during the interview process, so Kate and a handful of these new colleagues knew I was married to a woman. But for the other seven colleagues on the video conference, this would be my coming out dance. In my interviews with Kate, I felt secure in knowing that I was hired for who I am, not just for what I do.

I did have the occasional tough moment on the job, but it’s not what you’re thinking. When I worked for that progressive legal organization, the prominent head of a civil rights organization scolded me for automatically assuming he “was straight” while checking him in at the organization’s annual conference. He had asked about a name badge for his partner to attend the session he was speaking; I assumed his partner was a woman. I did not bother pointing out the irony that he, too, assumed I was straight as he dressed me down. I remember the lesson, which is not to assume. I also remember how he went about imparting the lesson and how he made me feel, which was not very good. That is why, now, I always take a deep breath and respond as non-defensively and as candidly as possible when asked what my husband does for a living.

There is rarely malice in the assumption. I know this dance, and I get to pick the song.

As we close out Pride Month, I am personally looking forward to a celebration of my own. August will mark my 25th year in the fundraising profession. Grateful doesn’t even begin to describe how I feel for the colleagues, the organizations, the donors, the clients, the students, the causes I have served for and with. Having a successful career takes hard work, but that only gets you so far. You need people who believe in you and your humanity. I think the organizations I have worked for have benefited from me bringing my whole self to my work.

And I am grateful that my new(ish) colleagues recognized my humanity that afternoon on Zoom. It reinforced my conviction that I ended up in the right place.