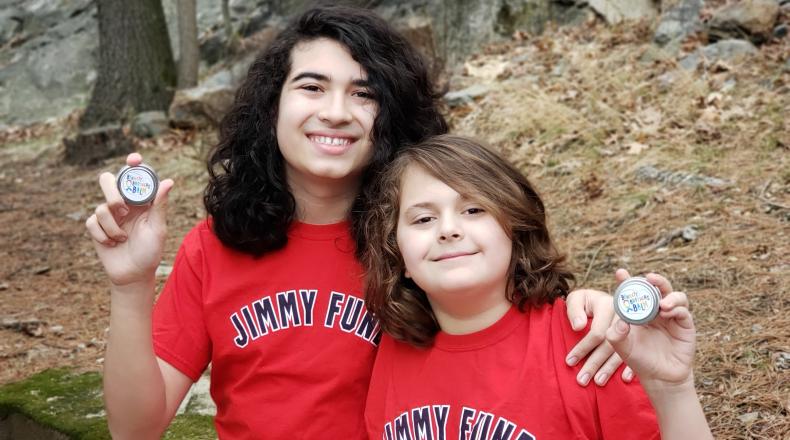 (Arlington, Va.) The Association of Fundraising Professionals (AFP) is proud to announce that Harry and Heath Bennett, two brothers who have raised tens of thousands of dollars for children’s cancer research, are the recipients of the William R. Simms Award for Outstanding Youth in Philanthropy, Group, presented by CARTER.

The William R. Simms Awards for Outstanding Youth in Philanthropy, presented by CARTER, honor young people with a proven record of exceptional generosity who demonstrate outstanding civic and charitable responsibility and whose philanthropy encourages others to engage on a community, national, and/or international level. The award will be presented at AFP’s ICON 2020, the largest gathering of fundraising professionals in the world on Tuesday, March 31, 2020, in Baltimore, Md.

Harry and Heath, currently 14 and 10 years old respectively, found out in May 2016 that their friend had been diagnosed with Hodgkin's Lymphoma. They knew right away that they wanted to help out. When they learned that cancer patients' lips and skin can get dry and chapped from chemo treatments, they decided to start a lip balm company to raise money.

The brothers started making handmade lip and body balms in their kitchen and selling them online and at craft fairs, charity runs and cancer fundraisers. Ultimately, they created their own nonprofit, Bennett Brothers Balm, with 100 percent of all profits donated to cancer research and patient care.

The results have been extraordinary, with the brothers donating more than $37,000 to cancer research so far through sales of their balm and other fundraising efforts. A portion of the money raised ($11,000 currently) has gone into a fund that the Dana-Farber Cancer Institute in Boston, Mass., set up for their friend’s doctor, Dr. Amy Billett, to support her research in pediatric Hodgkin’s disease. Additional funds have gone to other research centers at Dana-Farber Cancer Institute, the Leukemia and Lymphoma Society, and other local organizations and patients.

“I think that many people would be surprised to know that the federal government only gives 4% of all cancer research funding to pediatric cancer,” said Harry. “That is why it is really important to us that we continue to spread awareness for this cause and raise as much money as possible to help find a cure.”

The brothers are currently working with a number of nonprofits across the country who are carrying their products. Their lip balm has been included in chemo care pouches for breast cancer patients at three different local cancer centers.

“Even though Harry and I are young, and our company is small, we can still make a difference,” said Heath. “Hopefully our work will inspire other kids to give back in their own way, in their communities.”

The Bennetts have also expanded their fundraising efforts beyond just the selling of their balm. They have organized numerous special fundraisers—including one for a friend with a rare form of liver cancer, and another for a teacher who has a cousin with stage 4 melanoma. They also have participated in the Leukemia & Lymphoma Society’s Light the Night Fundraiser for the past 3 years, raising thousands of dollars for blood cancer research.

“Harry and Heath are not only entrepreneurial and have incredible drive and determination, but they are also incredibly compassionate,” said Bob Carter, CFRE, chair of CARTER, a consulting firm that sponsors the award and helps nonprofits across the globe maximize their philanthropic potential. “What they’ve done with this simple idea to help a friend, and how they’ve expanded their work in such a thoughtful way, is truly amazing. All of us at CARTER are proud to work with AFP in honoring such tremendous philanthropy from these two brothers.”

In 2018, Harry and Heath received the $10,000 Barron Prize for Young Heroes. They intend to save some of it for college, invest some of it in their business, and give the rest to charity. Their ultimate goal is to raise 1 million dollars, and to continue to spread awareness for pediatric cancer and the importance of research and funding.

“We hear sometimes that younger generations are not as philanthropic or charitable as previous generations,” said Mike Geiger, MBA, CPA, president and CEO of AFP. “Harry and Heath prove those naysayers wrong and show just how generous young people of today can be. What they’ve accomplished at such an early age is astounding, and we’re so excited to be able to honor them at our conference in March.”

More information about Harry and Heath Bennett, along with AFP ICON, can be obtained by contacting Michael Nilsen at (425) 241 – 4675 or michael.nilsen@afpglobal.org.