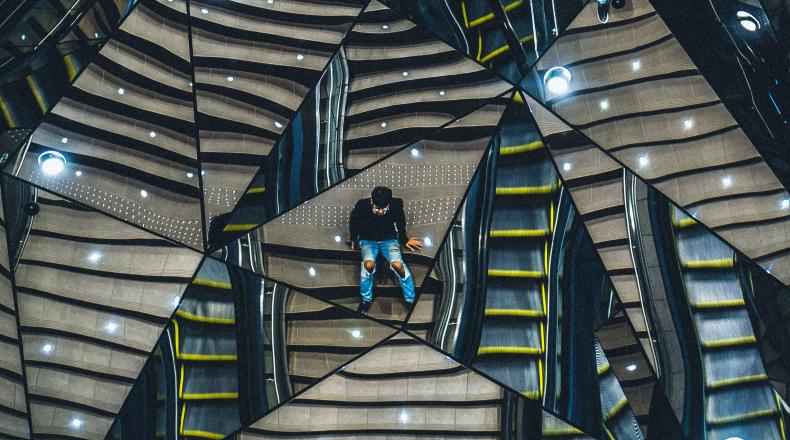 My Canadian-born Chinese-German son is openly resisting bringing a thermos full of Chinese food to school.  Ever since his childhood, his Korean after-school teachers always commented that he brought delicious home-made Asian food from rice stir-fry to dumplings for lunch.  Now he is in grade 5, the thermos is officially uncool.  I didn’t think too much of it until I watched a youtube extract from the “Fresh of the Boat” show where the boy in the show told his mom that he wanted “white people food” for lunch.  Surely that only happens in the godforsaken land of the United States where racism is a thing.  Could it be, that even in such a diverse society in Canada that my son wants “white people food” to fit in?

Born and raised under a “communist Chinese culture”, one of the main values of my cultural background is conformity.  It’s a different type of ‘fitting in”, but nonetheless, all the stories from centuries of Chinese history had taught me that “standing out or be different from the crowd” literally gets you killed.  After I started working in the field of diversity and inclusion, I soon realized that to tackle diversity-related issues, one had to get over the discomfort of not conforming and truly celebrate differences starting from oneself.

That’s why it’s illuminating to read “Insights from a Reluctant Leader” by Google’s UX Director Margaret Lee.  Her observation of a “code-switching” behaviour is particularly accurate:

As a member of the “majority culture” (note that culture here doesn’t have to be ethnicity-based but based on work experience, gender, ability/disability, etc.), it is also uncomfortable to change and accommodate those who are underrepresented.  Therefore, to be truly committed to diversity and inclusion, it requires a lot of efforts, definitely more than just learning about diversity through taking a seminar about unconscious bias or going to a lecture on inclusive languages.  It requires a change of behaviours from both sides.

Why is this important for fundraisers?  Just like the shadow of racism may creep up at kids’ lunchtime politics, I feel that many fundraisers are still ignorant of hidden issues in our comfortable multi-cultural high-tolerance Canadian society.  If we don’t make an effort to change, they will be detrimental to our business in donor relationship building with and engaging people with our causes.

Our society is changing at a faster pace more than ever due to the innovation of technology.  The rise of social media is instrumental in dismantling an authoritative narrative that’s mainly “white male-centric” and gave a voice to oppressed groups that were unheard before.  The #metoo movement is one example.  We also wonder if the new generations growing up with the internet and social media are less patient and more extreme. In “Welcome to Cultural War 2.0: The Great Re-alignment”, American philosopher Peter Boghossian pointed out that the rule of engagement related to how we deal with disagreement has changed post-2015 from orderly debate to the view that “Speech is violence” (Boghossian, 2019).  Instead of debating, people would demand the speaker to be fired or even arrested.

This underlying societal change did two things: one it underlines the importance of diversifying narratives; and two it unmasked groups of diverse donors who now want to be heard and treated differently.

I often heard non-profits say that we need to provide a business case and evidence of a diversifying donor demographics for investing in diversity and inclusion.  In the article “Eight Myths of American Philanthropy”, researchers at the Lily Family School of Philanthropy found that donors were already diverse, we just chose to not see them as such.  According to Urban Institute, African American donors are not “new and emergent” as most literature on philanthropy labeled them, they have in fact contributed the largest proportion of their wealth to charity.  The article went on arguing:

“The only ‘new and emerging’ phenomenon is the recent interest of mainstream non-profit organizations in donors of color. But if non-profits are serious about cultivating diverse communities, they must commit across their organizations to diversity and inclusion as well as dedicate time, resources, and attention to identify, solicit, and steward black donors on their own terms. It is essential to relate to these donors as individuals within the broader historical and cultural contexts that have and continue to shape their giving.” (Lily Family School of Philanthropy, 2019)

In my own experience, the same holds true for the Asian Canadian community in Canada.  Asian Canadians have been giving to international charities who had made an effort in investing in fundraisers who came from or understand the cultural customs and practices of various Asian communities.   Mainstream charities on the other hand still have a long way to go in engaging them in a meaningful way.

Aysa Gray’s article “The Bias of ‘Professionalism’ Standards” is ranked as one of the ten most popular articles in 2019 by Stanford Social Innovation Review.  The author argued: “Professionalism has become coded language for white favoritism in workplace practices that more than often than not privileged the values of white and Western employees and leave behind people of colors.”(Gray, 2019)

In my own experience, this is often a very subtle pressure and indeed like Margaret Lee called it “unspoken need” to adjust to an institutionalized way to dress, speak, communicate, and demonstrate certain work styles.   Even employees who have less Western names would have less opportunity to advance in his or her career.  The article states: “ In Canada, people with Indian, Pakistani, and Chinese names were 28 percent less likely to get called for an interview than their white counterparts.”(Gray, 2019)

I still remember being reminded by my Chinese Canadian friend, that speaking Chinese in a party or workplace, regardless of if I am solely addressing to another Chinese speaker is rude.  The interesting thing is that many Asian Canadians are more than eager to overemphasize professionalism as a way of fitting in or code-switching.  The same would go for women criticizing other women for being less domestic or dress inappropriately.

The “fit” is another getaway for hiring people similar to each other.  According to the Insight Report from the #solveathon survey and session at AFP Calgary’s Banff Compass conference, some respondents believed that the lack of diversity is a “false problem”.  One respondent’s reply to the survey was: “We only appoint the most qualified individuals to positions in our organization, whether to staff or to the board of directors. We only make decisions based on skillset and fit. “(Women’s Work Institute & AFP Calgary Chapter, 2019)

These subtle barriers by institutionalized systemic discriminations are more dangerous than overt racism and are the main factors that drive diversity out of the workplace.

As the Chair of the IDEA (Inclusion Diversity Equity and Access) for AFP Calgary Chapter, I have to admit that the association, out of very good intention, had done more or put more emphasis on check-box diversity than meaningful ways to instigate change.  I get that these micro-level measures are a good start that insures certain things are done (that we talked about diversity, have a definition, learn different cultural practices, etc.).  However, the biggest danger of check-box diversity is that it gave people a false sense of completion meaning once the boxes were checked, we are done.  It also promotes tokenism.  Many of us working in this field has a strong feeling that our other colleagues or fellow board volunteers think diversity is our job and our job only.

Check-box diversity has a very shallow way of understanding of the issues related to diversity and inclusion, instead of making a systemic change to shift power dynamics in the workplace, it camouflages the real issues and makes things worse.

After arriving in North America about two decades ago, I met many Canadian-born Chinese who struggled with fitting in.  While I feel comfortable identifying with Chinese culture more, the second-generation Canadians also have the burden of dual identities and finding themselves not quite fitting in at either place.

Just recently, in one episode of the Netflix series “Ugly Delicious”, the founder of the famed restaurant Momofuku David Chang sat around a dining table with other Korean-Americans and Chinese-Americans and talked about bias towards Asian food in America and how he just wanted to be white growing up.

I really don’t want my son to experience and feel the same way growing up.  I want him to know that no matter who he is, he would have equal opportunity in a society that embraces everyone for their own authentic self.  I want to teach him to be brave to be different and stop “fitting in”.

It’s exciting to see that, stemmed from the democratization of media by technological innovation, globalization, and other societal factors, the diversity and inclusion movement is becoming a major disruptive force in dismantling a system that’s based on the world views and values of white males.  This momentum allows “reluctant” leaders like Margaret Lee to speak up.  One of her advice I found very practical and doable is to look for “cultural add”—someone who can complement existing culture, when hiring instead of “cultural fit”.

It is also important to be aware that to be truly committed to diversity and inclusion, it is not going to be comfortable.  Professionalism and check-box diversity are comfortable places to justify behaviours of discriminations even though sometimes we don’t mean to.  What we are essentially doing is not to identify and learn traits of various diverse communities as they are superficial.  What we are essentially doing is overthrowing a system that privileges white males.  It takes courage to challenge the establishment starting by changing our own behaviour and calling ourselves out to embrace differences.  Donors are already changing.  For fundraisers, investing in diversity and inclusion means to change the established fundraising system that caters largely to white male donors and apply more adaptive and empathy-based practices to engage ever diversifying donor communities.

As we look to start a new decade, “we can start with the awareness that inclusion means acceptance of people’s authentic selves. Who we are as a result of our culture, upbringing, and personal choices should be acceptable, even if unrelatable, to others.” (Lee, 2019)

To read more on those referenced in this blog:

Melody Song is a fund development professional with over 15 years of experience. She specializes in Major Gift Fundraising, Prospect Management, Prospect Research, Corporate Sponsorship, and International Fundraising. Coming from a diverse background in cultures and communications in both non-profit and for-profit sectors, Melody has an exceptional insight on growing global success and promoting diversity. Melody is the AFP Calgary Chair for IDEA (Inclusion, Diversity, Equity & Access) Initiative, a member of the International Committee for Association of Fundraising Professionals (AFP) and an advisor for the Chinese Association for Fundraising Professionals (CAFP).

This blog was originally published on the Provocateur blog of The ViTreo Group, Inc., and AFP is grateful for their permission to re-publish it here in is entirety.

Welcome to the All-New AFP Connect