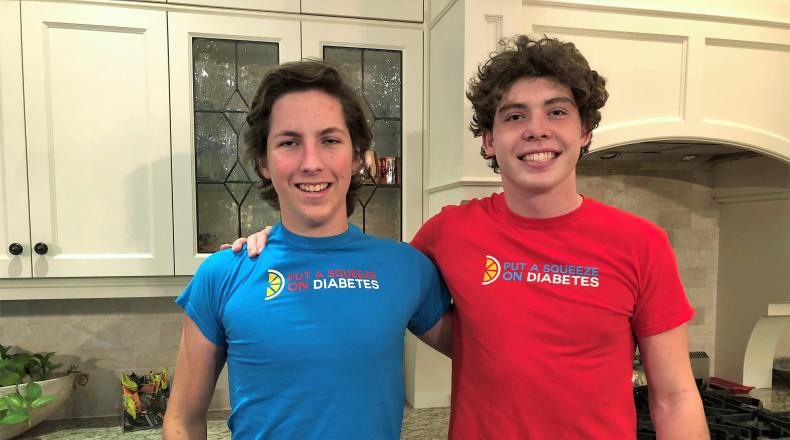 (Arlington, Va.) Jamie Cleghorn and Max Armstrong, two friends who have raised hundreds of thousands of dollars to send kids with type 1 diabetes to Diabetes Canada’s D-Camps, will receive the 2019 CARTER Award for Outstanding Youth in Philanthropy, Group, presented by the Association of Fundraising Professionals (AFP). 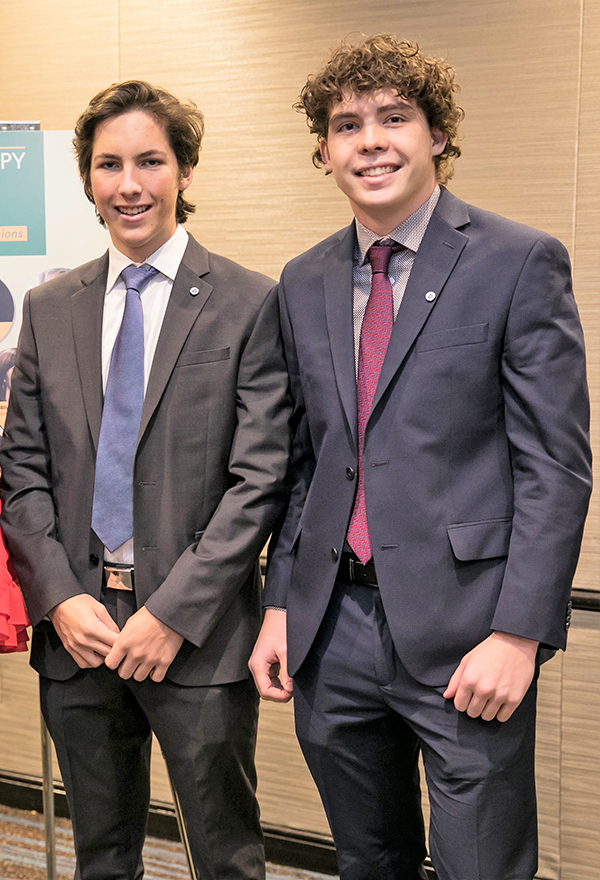 The CARTER Award for Outstanding Youth in Philanthropy honors young people with a proven record of exceptional generosity who demonstrate outstanding civic and charitable responsibility and whose philanthropy encourages others to engage on a community, national, and/or international level. The award will be presented at AFP’s International Conference on Fundraising—the largest gathering of charitable fundraisers in the world—on Tuesday, April 2, 2019, in San Antonio, Texas.

Jamie was diagnosed with type 1 diabetes at the age of three, and has attended D-Camp, a medically supervised summer camp, from the age of nine. This summer Jamie will be returning as a second-year counselor and canoe tripper. In 2008, together with Max, they held their first lemonade stand. Their concept was simple: pay what you can and help send kids with type 1 diabetes to camp. The model was successful, as year-after-year they raised $400-$500 from just one stand in their Toronto neighborhood.

In 2015, as they grew older, the boys became more strategic in their efforts. Jamie and Max thought, “Why not ask other families to host a stand to raise even more money to help send kids to camp?” They partnered with Diabetes Canada and named this venture “Put A Squeeze on Diabetes.” With Diabetes Canada, they added a digital fundraising component whereby families could sign up online to receive a kit to host their own lemonade stand and create their own online donation page. The boys secured local sponsors and in-kind donations for prizes and incentives to motivate participating families.

The new strategy changed everything, allowing the boys to raise more than $18,000 in their first year. Since then, they’ve continued to set progressively higher goals, and smashed them every time. In 2018, they expanded the program nationally and solicited a $100,000 sponsorship from a national car dealership parent company, Canada One Auto Group (COAG), allowing them to reach their biggest goal yet: $150,000.

“After returning to camp as a counselor, I was able to truly see the amazing impact that D-Camps have on young children with type 1 diabetes,” Jamie said. “Knowing that we help to empower kids to attend camp makes me want to keep fundraising to allow as many kids as possible to have this opportunity.”

Over the last four years, their campaign inspired the creation of more than 150 lemonade stands across Canada, raising in excess of $240,000. “Put A Squeeze on Diabetes,” is the largest single contributor to Diabetes Canada’s programs to help kids with type 1 diabetes attend family camps, overnight camps and leadership development programs, through D-Camps.

“From a very young age, I saw the daily challenges Jamie endured living with type 1. As his best friend, I wanted to support him and other kids with this disease,” said Max “It’s been incredibly rewarding seeing how ‘Put A Squeeze’ has grown from a simple concept into a national fundraiser that improves the lives of so many.”

The boys’ goal is to increase their annual fundraising by ten percent each year, bringing their cumulative goal to approximately $1.25 million in 15 years. Both Jamie and Max will soon be attending college and plan to bring their philanthropic project to campuses and provide an example to students that giving back is an integral part of every phase of life.

“Jamie’s and Max’s story is about friendship, charity, generosity and leadership, and it’s exactly the sort of inspiring and extraordinary story that needs to be told,” said Bob Carter, CFRE, chairman of Carter, a consulting firm that sponsors the award and helps nonprofits across the globe maximize their philanthropic potential. “They took a simple idea, added innovation and technology, and displayed so much commitment and leadership. I’m proud to be able to partner with AFP in honoring Jamie and Max with the CARTER youth award.”

More information about Jamie Cleghorn and Max Armstrong, along with the AFP International Conference on Fundraising, can be obtained by contacting Michael Nilsen at (425) 241 – 4675 or michael.nilsen@afpnet.org.

Carter is a consulting firm dedicated to advancing philanthropy worldwide through counsel in the areas of fundraising, organizational planning and governance. With 27 senior-level consultants living throughout the United States and Mexico, the Carter team has over 300 years of combined experience in the arts, conservation, healthcare, education, human services, humanitarian aid and international sectors. Carter’s depth of experience allows each consulting team to be strategically selected based on the unique needs of its nonprofit partners. Carter consultants have assisted hundreds of organizations of all sizes, ranging from regional nonprofit agencies and national associations to institutions of higher education and international causes. For more information visit www.carter.global.