Who We Are: Results of the 2019 AFP Compensation and Benefits Study 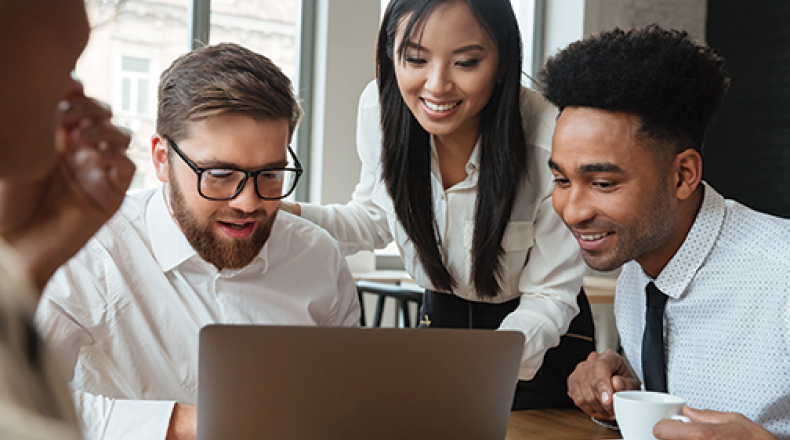 Nineteen years ago, AFP began conducting a study about compensation and benefits in the U.S. and Canada as a service to members. This spring, more than 4,000 of you shared information about what you earn and what you do to serve your organizations.

This article summarizes some of the key findings from the 2019 Compensation and Benefits Study to help you in your salary and career advancement negotiations, whether for yourself or for people you seek to hire as part of your team. Thank you to everyone who participated.

The AFP Compensation and Benefits Study shows healthy increases in average and median salary in both the U.S. and Canada. While the mean and median compensation amounts both rose, only 32% benefited from compensation increases of more than 3%. More members (45%) saw an increase of between 1% and 3%, or just around the rate of inflation. And 23% of AFP members saw no change or a decrease in compensation.

Since 2016, a lower percentage of employers in each country offers once-common health benefits such as prescriptions, vision care or dental care. Perhaps offsetting withdrawal from formal insurance plans for these types of care are some increases in the health/medical savings accounts in both the U.S. and Canada. This change likely reflects shifting policies at the national level regarding health care costs.

Our profession scores well for helping members align their personal and professional values, but fairly low in providing opportunities for career advancement and work-life balance. Two-thirds of surveyed members said they thought about seeking a new job in 2018. Since donor retention is associated with staff retention, employers and employees can better carry out their mission when staff remain with an organization.

Current pay is often determined by starting wage with the same organization. Nearly 60% of respondents in each country felt they did not negotiate well when they began their current positions. While salary is important, some other common benefits included having the opportunity to work from home (69%), professional dues (57%), cellular telephone or an allowance for one (39%), and short-term disability insurance (32%).

Hiring a new employee is one of the most costly endeavors for a fundraising team, not only because of the estimated $5,000 or more to recruit someone, but also because of the lost relationships when a staff member exits. Use these data to help you keep your team together.

Ninety percent or more of AFP members surveyed receive health benefits through their employer. However, at least since 2016, in each country the share of employers that offer coverage for specific types of health care (prescriptions, dental care and vision care) has declined (Table 2).

In common with for-profit employers, nonprofit charitable organizations seem to be shifting health care expenses to healthcare consumers. In the U.S. these changes align with policies aimed at creating a more consumer-driven health care system. Declines in employer-provided insurance are offset to some extent by flexible spending accounts, health savings accounts and other reimbursement practices, which are reported by an increasing number of surveyed AFP members. In the U.S. such shifts in how health care is paid for are at least partially in response to the Affordable Care Act. The share of employers that pay half or more of health insurance premiums has been declining at least since 2016 (Table 3).

The conclusion here is that seeking additional health benefits will not likely be a successful negotiating strategy.

Two-thirds (66% in both countries) thought about changing their job in 2018, which included looking for work elsewhere (about half) and/or seeking internal promotion (about one-quarter). The five most frequent reasons that AFP members identified for looking for a new job were the same in U.S. and Canada, topped by improved compensation (Table 4).

Salary negotiations at the beginning of employment set the stage for continuing compensation at the same organization. Elements other than salary can also be negotiated. These can include budget and time for continuing education, the budget and authority to retain part-time or contract staff for “crunch periods” to accomplish fundraising goals, and having a voice in the process of developing fundraising goals.

These can have payoffs for the organization, too. For example, a 2017 study about major gift officers found that that holding an ACFRE or CFRE—and the continuing education requirements to maintain certification—is associated with raising more money. Several editions of the Compensation and Benefits Study find that a major challenge for fundraisers is “insufficient staff or personnel,” expressed by 24%. Another stressor is “competition from other assigned duties,” identified by 19%. Unrealistic fundraising goals were mentioned by 11%.

In addition to salary and benefits, consider other initiatives to retain staff. Based on this study, supervisors should consider offering recognition for a team’s efforts and successes and developing career advancement opportunities for colleagues who show promise. Retaining staff leads to retaining donors.

The full 2019 Compensation and Benefits Study is available online at www.afpglobal.org/2019Report. The Study is free for AFP members. $79 for non-members.

1    Sargeant & Eisenstein wrote: “It appears as though individuals who stay longer in the jobs achieve a higher level of performance on a variety of different measures. …. organizations need to do more to retain and develop key staff. This may in part require a reflection on packages of remuneration. While increments to an additional salary may be perceived as a cost, the impact on the major gift fundraising function of losing someone will be noteworthy” (p 62).↩

Melissa S. Brown is a consultant based in Indiana. She focuses on collecting and interpreting data related to nonprofit organizations and charitable giving, Melissa serves on the AFP Research Council and as chair of the Association of Philanthropic Counsel.