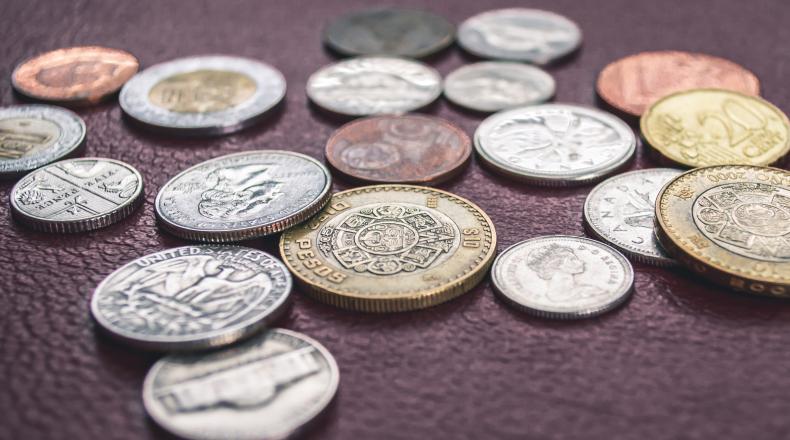 Most Fundraisers Satisfied with Current Job, But Have Concerns with Time Dedicated to Fundraising, Board Engagement

(Arlington, VA) Average fundraising salaries rose by only 1.5% in the United States in 2019, even as 77% of fundraisers saw increases in income and most remain satisfied with many aspects of their job, according to the Association of Fundraising Professionals’ (AFP) 2020 Compensation and Benefits Report.

The report, based on responses from almost 4,000 AFP members across the United States, asks questions about each respondent’s overall organizational profile, position description, salary, benefits—including health/medical, retirement and general perquisites or “perks”—and general outlook on the organization’s fundraising and workplace culture. This version of the report also focused on the experiences of fundraisers age 35 or younger.

“After a significant rise in salaries in 2018, we saw salaries increase at a much slower rate in 2019,” said Mike Geiger, MBA, CPA, president and CEO of AFP. “Whether that’s simply a correction from 2018, it’s hard to say, but I am excited that more than three-quarters saw their incomes rise last year. In addition, it’s great to see the median salary for fundraisers exceed the U.S. median household income by more than $10,000. For me, that figure shows young people and others entering the profession that you can earn an above-median income while having a fulfilling and satisfying career that helps to change the world. That’s a message we’ll be focusing on more in the future.”

However, compensation changes were most likely in small increments, if at all. Forty-three percent of respondents saw their income rise 1%-3% in 2019, while 34% reported compensation that was 4% or more above what they earned in 2018. In addition, 17% saw no change in salary, and 6% saw their compensation drop.

About 31% of participants agreed that their organizations “explicitly state that achieving determined performance goals will be a factor in determining a pay raise.” This is a decline, though not statistically significant, from prior years when the proportion reporting performance-linked compensation was 33%.

The average salary of male fundraisers in 2019 was $104,534, while female fundraisers were paid an average of $80,898, or 22% less. People who selected one of the other options for gender identity averaged a salary of 14% less than women, $69,787, though the sample size is just 15 for this group. Previous AFP research has found that 10% of the gap between men’s and women’s pay is attributed to gender. Other factors that were also tied to pay gaps were years of experience in the field and the size of the institution in which the fundraiser worked.

“We still have quite a way to go in terms of making fundraising salaries equal by gender,” said Martha Schumacher, CFRE, ACFRE, MInstF, chair of AFP. “But I am energized by the work of AFP Women’s Impact Initiative and several of the steps we have taken recently to address gaps in salary. For example, we now require that all jobs posted on the AFP Global Job Board include salary ranges. It’s a small yet significant step toward closing the gap, and we hope many other organizations will follow suit.”

Seventeen percent of study participants identified a race or ethnic heritage that was either multiracial or something other than white/Caucasian only. The salary difference reported was 2.5% more for people of color—$87,290 compared to $85,141—than participants who identified as white/Caucasian. This finding is consistent with data from last year’s report where the difference between salaries was negligible.

Forty percent of respondents did not supervise or manage any other staff member. Just over one-quarter (26%) manage three or more colleagues.

The average participant has worked for 3.3 employers as a fundraiser. Study participants averaged 5.3 years at their current employer and 6.5 years is the average for the longest time at any employer.

Twenty-three percent of all U.S. participants possess their Certified Fund Raising Executive (CFRE) certification. CFREs reported average salaries that were between 7% and 15% higher than their peers without a CFRE who had a comparable number of years of experience in fundraising. “Certification is so important for the credibility of the fundraising profession, and it’s one of the reasons we co-created the CFRE in the 1980s,” said Schumacher. “I encourage all members to work toward becoming certified when they are eligible, and certainly the survey shows that the skills and knowledge needed to achieve certification help fundraisers in our efforts to receive fair and appropriate compensation.”

“I think the two areas that were scored lowest in satisfaction both relate to the importance of creating a culture of philanthropy in organizations,” said Geiger. “When philanthropy is made a priority at a charity, and everyone understands their role in identifying and inspiring donors and volunteers, then I think you’ll see these two areas of dissatisfaction become less common. Creating a culture of philanthropy is a message that AFP is continuing to send to its members and to charities across the sector—we all need to be involved in philanthropy for charities to be their most effective.”

Over the last five Compensation and Benefits Reports, about two-thirds (64%) of participants said they have thought about leaving their jobs in the last year. Reasons included desire for professional advancement; concerns about organizational climate and operations; and desires to match personal and employment goals and values.

In 2019, 62% indicate they had thought about leaving their jobs, higher than the 54% in 2018. Of those who reported thinking about leaving and looking for a job elsewhere, 71% said it was to earn a higher salary, 62% sought greater opportunities for career advancement, and 58% were frustrated by their work environment.

“It’s clear that fundraisers are under a lot of pressure right now to generate more and more income to provide critically needed programs in our communities,” said Schumacher. “At the same time, the demand for qualified fundraising professionals has never been greater, and we’re seeing an influx of new people coming into the profession. I think these factors contribute to turnover, although it’s important to point out that statistics like average amount of time at an employer have continued to slowly increase over the years. We need to understand the full context of these numbers—for example, turnover is still happening, though not at a rate that is flooding the industry. The social sector needs resources like the AFP Compensation and Benefits Report to understand how to retain their fundraising staff.”

A total of 3,993 AFP members in the United States submitted usable responses by the time the survey closed, a response rate of 14.8%. Respondents vary from year to year.

Non-members may purchase the report for $99 here: https://www.pathlms.com/afp/courses/26051