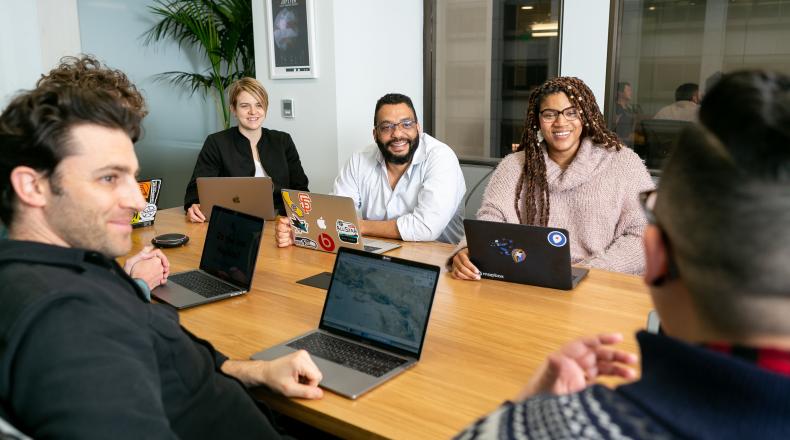 The findings show that the fundraising profession—and the nonprofit, charitable organizations it serves—are suffering from significant instances of bias and discrimination and will benefit from stronger leadership, more intentional support of staff and deliberate attention to creating policies and practices related to IDEA.

“More than one-third—34%—of fundraising professionals experienced discrimination or bias from their co-workers,” said Mike Geiger, president and CEO of AFP. “Furthermore, in the past year, 25% were harassed or were the victim of micro-aggressions from their employers’ donors, potential donors, or volunteers. Equally troubling, in both cases, about half of the people experiencing discrimination or bias did not report it to supervisors or other organizational leadership. We cannot let this dynamic continue—not only do we need to crack down on bias, discrimination and micro-aggressions pro-actively, but we need to be creating workplace environments where staff feel supported and will feel comfortable enough to report such instances to organizational leadership.”

This research is a follow-up to an AFP IDEA study released in 2016 that surveyed only its own members. The new study reached fundraisers affiliated with these major fundraising groups:

DonorPerfect sponsored the study with support from the AFP Foundation for Philanthropy.

“This study is so important for our community to address the challenges of diversity and inclusion through shared discovery and learning,” said Douglas Schoenberg, CEO of DonorPerfect. “DonorPerfect has partnered with AFP to advocate for professional and cultural advancement opportunities for the nonprofit sector. By creating paths to increase diversity, equity, access and opportunity in the workplace, we will increase community collaboration and ultimately, drive even greater impact.”

“This research can serve as a catalyst for sea change in nonprofit workplaces,” said Misa Lobato, president of Apra. “As in 2016, poor organizational operations and processes were identified as the leading challenges for fundraising professionals. From developing and enforcing IDEA policies and procedures to addressing critical diversity gaps, nonprofit leaders who are committed to meaningfully improving the workplace experience of staff—particularly BIPOC, LGBTQIA+ and disabled staff members—should view this report as a call to action.”

Study data makes it clear that bias and discrimination drive people away from their jobs.

Among the study participants, 37% have left a job in their career because they felt isolated from or unwelcomed by their co-workers. While race or ethnic heritage are a source of isolation and 60% of people in this study who are Black have left a job because of discrimination, other identities have endured similar behaviors.

Overall, one-third of people in this study reported at least one instance of bias from co-workers in the prior year. Sources of discrimination, in addition to race and ethnicity, included:

Organizations have begun to make more effort, but perception plays a critical role.

Compared with 2016, higher percentages of study participants in 2021 reported that their organization has been putting effort into implementing IDEA practices in the past year. This was the case for 83% of people of color and 87% of white-only participants.

“However, participants who were a CEO or Executive Director (ED) were more likely to give their organization high marks for implementing IDEA concepts and for seeing improvements compared with those who work in fundraising but not in a leadership role,” said Birgit Smith Burton, founder of African American Development Officers. “Many leaders believe they are making progress, but staff members do not agree on the same level of progress and view this as mainly a leadership challenge. These disparities in perception can hinder efforts to make real change, so it’s incumbent on leaders to be intentional in their work, create an environment that supports staff and develop clear and written policies and procedures that demonstrate the organization’s commitment to employees.”

“Overwhelmingly, across all demographic groups, organizational leadership was seen as the most important source of change in IDEA practices and policies, selected by 65% of all respondents,” said Eva Aldrich, president and CEO of CFRE International. “In this study, 52% said their organization lacks resources, whether time or money or both, to work on creating, implementing and/or reviewing IDEA policies. Yet, organizations that budgeted for IDEA work had employees who were five times more likely to report progress in IDEA values and policies. The study shows the importance of making a commitment of time and money to bring about social justice.”

The report is based on a convenience sample of members of eight professional associations and one certification body for fundraising executives. A total of 2,114 participants answered questions, the vast majority being from the United States (2,060) with and a small number (54) from Canada.