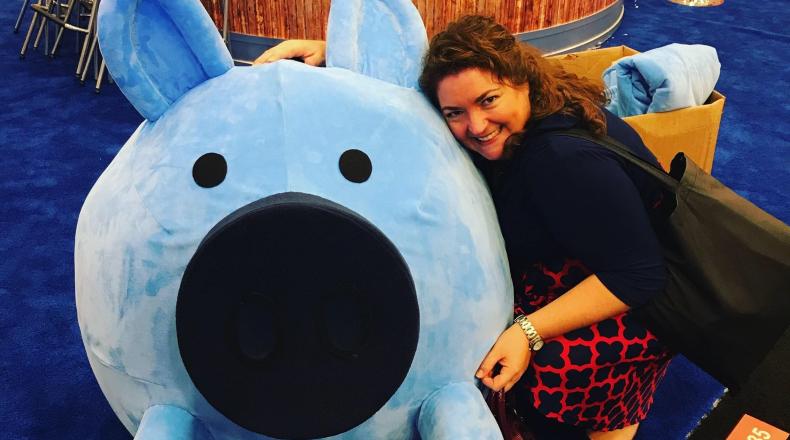 When we think of legacy giving or planned giving, we usually think of affluent donors leaving major gifts to large organizations with national or international reach. Gifts in wills can be a great fundraising strategy for small shops as well though. AFP chatted with Ligia Peña, M.Sc., CFRE, Greenpeace’s global legacy manager, about how gifts in wills can (and should) be part of every shop’s fundraising plan. That’s the subject of her webinar, Launching a Gifts in Wills Program, on February 27.

You mention the statistic that gifts in wills count for more than 85% of planned gifts – aren’t all planned gifts will-based/given posthumously?

Yes absolutely, gifts in wills are realized after the donor's death, but it doesn't mean that once you get a notification of a pledge (promise of a gift) that your job is done, and you can sit back and relax! Donors change their minds and situations change—and so can their wills. So, if you don't build a program that includes continuous, personalized, respectful and thoughtful engagement both before and after the pledge, you are doing it all wrong!

You also mention that the current wealth transfer is the biggest every known – what do you think accounts for that?

The baby boomer generation amassed great sums of wealth due to the socio-economic and political situation they lived through during their lifetime. As they are starting to retire, their nest eggs are significant and present a great opportunity for the nonprofits they hold near and dear to their heart.

Is there a minimum for a legacy gift?

No! Every legacy gift has the potential to make an impact. That's what I love about gifts in wills—it's incredibly democratic. What I mean by that it's that anyone with assets—and I'm not talking massive amounts of assets—can leave a legacy to their favourite charity because it's not based on current availability of cash. Anecdotal evidence demonstrates that the majority of gifts in wills are left by regular people, not high net worth individuals as some would believe. So, when I say gifts in wills is democratic, I mean that everyone and anyone with assets (home, investments, savings, art, etc.) can leave a legacy.

What’s the icebreaker for asking about a gift in someone’s will?

As Dr. Russell James' research demonstrated, talking to the donor about their autobiographical memory, things like shared values with the organization and key historical benchmarks in their lives, is critical. A colleague in one of our offices developed this amazing booklet personalized to every legacy prospect that showed pictures of historical events at Greenpeace, and the donor was invited to write underneath where they were doing in their lives at those exact moments. It's a very powerful engagement tool and applies Dr. James' research.

What’s the coolest thing you’ve done since starting your job at Greenpeace?

Oh, so many things, but the most significant thing that comes to mind is having the opportunity and the privilege to visit many of our offices around the globe to help them develop their legacy strategy—either by starting new legacy programs in new markets or growing their current programs. It has enabled me to learn about different cultures and make me reflect on how differently gifts in wills is done in North America versus Europe. I think we have much to learn from Europe, and Europe has much to learn from North America.

To learn more about legacy giving for your shop, join us for Ligia’s webinar, Launching a Gifts in Wills Program, on February 27 at 1:00 PM Eastern.