Fundraisers Satisfied With Many Aspects of Their Job, But Half Likely to Leave Current Position in Two Years 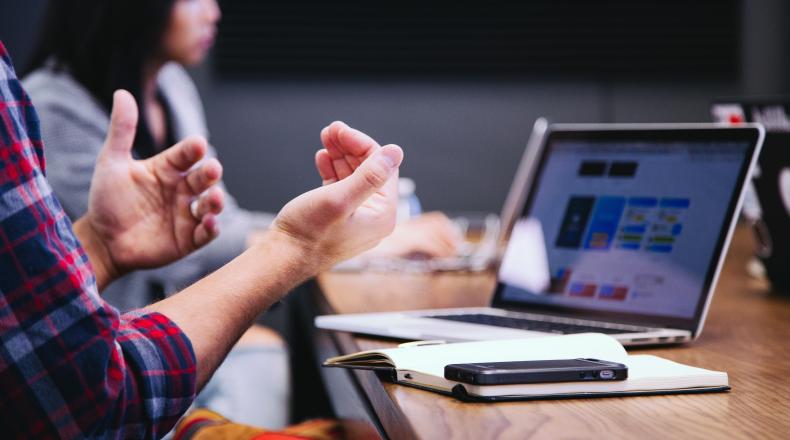 More than 80 percent of fundraisers are satisfied with many key aspects of their current job, yet half are likely to leave their position by 2021, according to a new survey by the Association of Fundraising Professionals (AFP) and The Chronicle of Philanthropy conducted independently online by the Harris Poll.

The survey, which queried more than 1,000 fundraisers across the U.S. and Canada including members of AFP, asked questions related to job satisfaction, fundraising support in the workplace, organizational culture, professional development and salaries and benefits.

More than eight in 10 fundraisers are either very or somewhat satisfied with their:

At the same time, the survey reveals a significant amount of tension and pressure in most fundraising jobs. Eighty-four percent feel tremendous pressure to succeed in their role, and more than half (55 percent) feel or have felt under-appreciated in their role.

The results are similar with previous AFP Compensation and Benefits Reports. The 2019 Report found that two-thirds of respondents looked for a promotion within their organization in 2018, while 26 percent sought opportunities at other charities or nonprofits.

Salary, along with organizational, management, and leadership issues, are the most common reasons given for being likely to leave the profession, followed by workload.

“The results reveal a profession—like many others—in a state of flux, with many practitioners satisfied with their jobs because they are doing what they love for a cause they believe in,” said Mike Geiger, MBA, CPA, president and CEO of AFP. “I am very concerned about the levels of pressure that fundraisers feel in their jobs. Despite the different kinds of support that many fundraisers feel from their organizations, being in a role where a charity depends so much on your work—that brings an incredible and unique level of stress. We need to look at all the issues involved—resources, staff, culture, and leadership and management, to name just a few—and develop programs that reach out to organizational leaders and help them understand how to best support fundraisers.”

Geiger added that the onus is also on fundraisers to be multi-dimensional in their skill set and consider their overall place and role in any organization. He noted that AFP is beginning a new focus on leadership development for fundraisers and creating programs beyond solely providing fundraising training and knowledge.

“Being a fundraising professional today means more than just having the necessary fundraising knowledge and experience,” said Geiger. “The more leadership and management skills we have—the more we can lead up, down and sideways, educate our CEOs, boards and other staff, and help develop organizational cultures—the more effective we will be in our jobs. Over the last year and a half, AFP has expanded our educational offerings at our conference and elsewhere to address creating cultures of philanthropy and similar workplace issues. Our leadership development program, currently being developed, is another important step in ensuring fundraisers have a well-rounded set of skills and knowledge. We’re also looking at putting together a virtual conference about mental health and self-care.”

More than nine in 10 current fundraising professionals are satisfied with their travel schedule and the flexibility they have in dealing with family/childcare issues.

Current fundraising professionals are least satisfied with their organization’s current succession plans with regard to the fundraising department and the organization overall: only 44 percent were satisfied at either level.

“Many of the key issues identified in the survey revolve around two major themes: the unrealistic expectations of the social good organization and the challenges concerning individual fundraiser advancement,” said Martha Schumacher, CFRE, ACFRE, MInstF, chair of AFP. “It’s encouraging that so many fundraisers have found job satisfaction, not to mention that a somewhat surprising 77 percent are satisfied with their work-life balance. However, I did find it troubling that certain basic needs aren’t being met in terms of professional development, mentoring, and opportunities for promotion."

Schumacher continued: “There are also major concerns around succession planning, a key area that has a substantive impact on our ability to successfully raise funds. Combined with leaders creating high and often unrealistic expectations for their development teams, it is not surprising that many of our colleagues are looking for new job opportunities with other social good organizations.”

The survey was conducted online by The Harris Poll on behalf of The Chronicle of Philanthropy and AFP between May 23 and June 3, 2019. The research was conducted among 1,035 Chronicle of Philanthropy and AFP members aged 18+ living in the U.S. (n=984) or Canada (n=101) who work full-time, part-time, or were employed within the past five years in fundraising or leading an organization that relies on fundraising.

Respondents for this survey were selected among those who are subscribers to The Chronicle of Philanthropy or members of AFP and have agreed to participate in online surveys. No estimates of theoretical sampling error can be calculated.

A copy of the executive summary and highlights of the report can be found here.

Infographics about the report data can be found here.