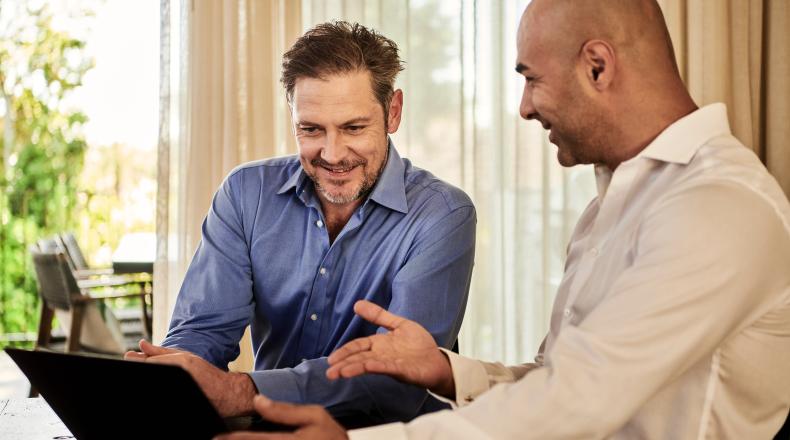 Conducted in late November and early December 2020, the results from the second iteration of AFP’s Fundraising Confidence Survey showed both an increase in year-end fundraiser confidence and concerns about challenges in the year ahead.

The survey asked members a series of 14 questions relating to optimism surrounding their fundraising work, as well as trends and challenges they’re keeping an eye on for 2021.

When asked how optimistic they were about reaching their 2020 fundraising goals (on a scale of 1-10, with 1 being "least optimistic" and 10 being "most optimistic”), fundraisers grew in optimism from September (the first survey) to December (the second survey)—from 6.52 to 6.98. Fundraisers were also increasingly confident about raising more money in 2020 than 2019—from 4.89 to 5.47.

When asked to look back at their fundraising levels over the last three months (September to November) compared to the same period in 2019, 35% reported they raised more, 38% raised less, 21% about the same, and 6% were unsure. These numbers are slightly more positive than the first survey, when 32% raised more and 41% had raised less, with 22% raising about the same and 6% unsure.

“It’s good to see that confidence is increasing slowly across the board,” said Mike Geiger, MBA, CPA, AFP’s president and CEO. “From our Fundraising Effectiveness Project, we’re seeing giving holding steady or even growing a little for many organizations, so I think this may be a case of fundraisers having low expectations for the end of 2020 and seeing those expectations met or exceeded. Hopefully, that translated into a decent year-end giving season for most organizations; I hope to be pleasantly surprised, but I suspect we’ll see a wide variety of results.”

Among other questions, survey participants were asked to choose the three areas they were going to increase their fundraising efforts over the next three months, six months and 12 months. As with the first iteration of the survey conducted in September 2020, fundraisers continued to focus on donor retention and stewardship, with an average of 60% selecting it as the most important area over all three timeframes.

Another focus for fundraisers included online and email solicitations, selected as a priority by 44% of fundraisers over three months, 40% after six months and 37% after a year.

Telemarketing remains least popular, with just 3% of fundraisers selecting it as a priority over the next three months, 2% over six months and 2% over a year. In-person special events was selected by just 2% of fundraisers over the next three months, but its importance rises significantly as a priority over six months (11%) and then 12 months (28%).

“It’s no surprise that donor retention and stewardship remain priorities for so many organizations, as it’s always more effective and efficient to keep existing donors than find new ones, especially in a challenging situation where in-person, relationship-building opportunities are limited,” said Kevin J. Foyle, CFRE, MBA, chair of AFP. “At the same time, it’s interesting to watch the drop in online solicitations and growth in major gifts and special events. It is clear that fundraisers are expecting a stronger economy and a return to some type of normal as 2021 continues. We’ll have to see how that transition occurs, with a lot potentially riding on how the vaccination rollout continues.”

Thoughts on the Current Fundraising Landscape

Among questions relating to fundraising priorities for 2021, participants were also asked to share their thoughts on the current fundraising environment, the impact of the COVID-19 pandemic and their year-end fundraising:

“I think these quotes, which are very representative of the overall comments from the survey, show that we need to understand that while different confidence measures increased, we have yet to turn the corner,” said Geiger. “Many charities will continue to face very stiff fundraising challenges into 2021 and possibly beyond—we are not out of the pandemic woods by any stretch. In addition, the pandemic has affected charities very differently, with some organizations doing OK and even seeing their fundraising increase. Apart from increased focus on donor steward and cultivation—and I would add innovation—there’s no ‘one size fits all’ solution to our fundraising challenges. That means that charity leaders need to be supporting fundraising staff with resources, tools and even mental and emotional supports so they can reach the goals needed in 2021.”

More than 450 fundraisers from the U.S. and Canada participated in the survey, and the next iteration of AFP’s Fundraising Confidence Survey will be conducted in April 2021.