The Issue of Racism in the Fundraising Profession 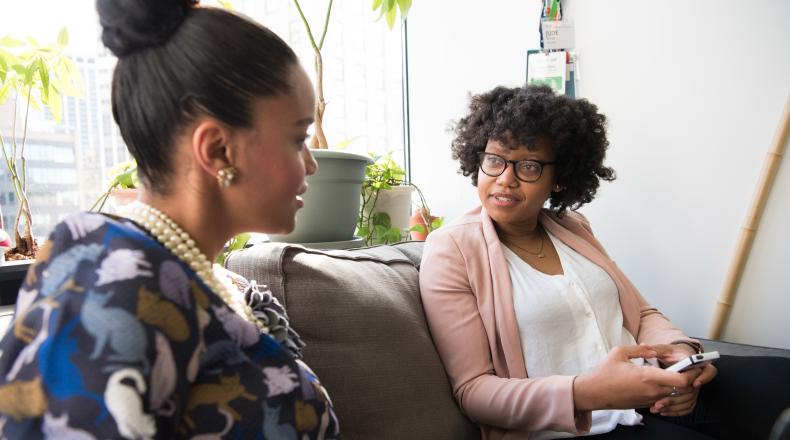 For those who have not experienced it, this will be news.

Miriam-Webster dictionary defines race as “a category of humankind that shares certain distinctive physical traits.” So what is racism? Dr. Beverly Tatum explains racism in her book, Why Are All the Black Kids Sitting Together in the Cafeteria? as “a system of advantage based on race”. She points out that although not all white people are openly prejudiced, they collectively assert their racial advantage such as access to better schools, housing, jobs, etc. Therefore, racism is a system that involves cultural messages and institutional policies and practices, not just beliefs and actions of individuals.

Since founding the African American Development Officers Network (AADO)* in 1999, I have collected hundreds of stories of fundraisers of color who have experienced what they have identified as racism in their professional fundraising career — sometimes subtly through macroaggressions such as, “You’re so articulate”, “I didn’t realize you were black when I read your name”, “Where are you really from?” One such story involved a fundraiser who was continually passed over for a promotion to a frontline development officer. When she inquired, she was told that the major donors would not want to engage with a black person so there would be no reason to promote her if she couldn’t be successful in her job.

Pearl Shaw said recently while addressing the Association of Fundraising Professionals at a chapter lunch meeting in Memphis, Tennessee, a city which played a prominent role in the US Civil Rights Movement, “We are not far removed from a time when a black person was not welcomed in a white person’s home. A time when it would be more than inappropriate for a black person to ask a white person for a charitable donation. If you look and listen closely you may find that it is still challenging for black voices to be heard and taken seriously within predominantly white organizations.” (Sand&Shaw, Inclusion, Diversity, Equity, and Access, Pearl Shaw, September 14 2018)

In the article Seeing and Naming Racism in Nonprofit and Public Organizations, the author suggests that organizational culture plays a role in the racism that is experienced by people of color and lists some of the patterns of racism seen in non-profit organizations:

In the report The Lived Experience of Fundraisers of Color produced by Cause Effective, two-thirds of the respondents mentioned facing obstacles in their development careers due to their race. More than half of those surveyed acknowledged they might be reluctant to recommend that people of color they know enter into the fundraising profession, “because fundraising involves external relationships where bias might be present” and “fundraising reflects and magnifies the racial hierarchies of our culture.”

In the report African American Development Officers: Confronting the Obstacles and Rising Above them in the New Millennium, a large number of the individuals interviewed from smaller organizations had one job title but dual responsibilities — often with the second responsibility focused on fundraising. Since their job titles did not reflect their fundraising responsibilities, they did not identify themselves as professional fundraisers. As a result, these individuals did not always participate in professional development opportunities for fundraisers, where they would have been counted among professionals of color in the fundraising profession.

A colleague and well-respected African American fundraiser, Dr. Juan McGruder, stated recently that for an organization to hire a person of color as its chief development officer, it has to “see them as the face of fundraising for their organization.” The hiring manager at a major university in the U.S. shared with me in confidence that he was concerned about hiring a young well-qualified woman of color, simply because he feared that if she wasn’t successful it would make it difficult for him to hire another person of color in the future. As shocking as this might be, this thinking is not uncommon. However, it is this behavior that can stand in the way of opportunities for people of color in the fundraising profession.

Acknowledging the problem is the first step according to the Cause Effective report. Next is to take action, “All players in the system, regardless of race or ethnicity, must take responsibility for changing the operating assumptions that prevent development professionals of color from performing at their best. Solutions do not rely solely – or even primarily – with the directly affected…each of us has a role to play in disrupting the tightly-woven nexus of money, power, and race upon which the status quo rests.” Summarizing a few of the ways suggested that can help to reduce racism in the fundraising profession:

It’s important for people of color to have a seat at the fundraising table to ensure true diversity throughout the nonprofit world. Rob Henry, Vice President of Education for the Council for Advancement and Support of Education stated in a conversation about diversity in the fundraising profession, “The participation of people of color in professional roles in philanthropy creates the balance of insight, perspective, and conviction needed to steward some of the most important missions of nonprofit organizations.”

(This blog first appeared on the Provocateur Blog of the Vitreo Group website and is republished here with permission of the author and Vitreo Group.)

Birgit Smith Burton is the executive director of foundation relations for the Georgia Institute of Technology. She is a respected leader in the fundraising profession having raised more than $500 million during her 30-year career. As the executive director of foundation relations at Georgia Tech, she led her team in raising $309 million toward the institute's most recent successful $1.8 billion capital campaign. Birgit serves on the AFP Global Board and is vice chair for membership engagement. She is founder and chair of the African American Development Officers Network, which for 21 years has supported diversity in the fundraising profession by promoting professional development and facilitating interaction among its members.

The AFP Week in Review, November 23