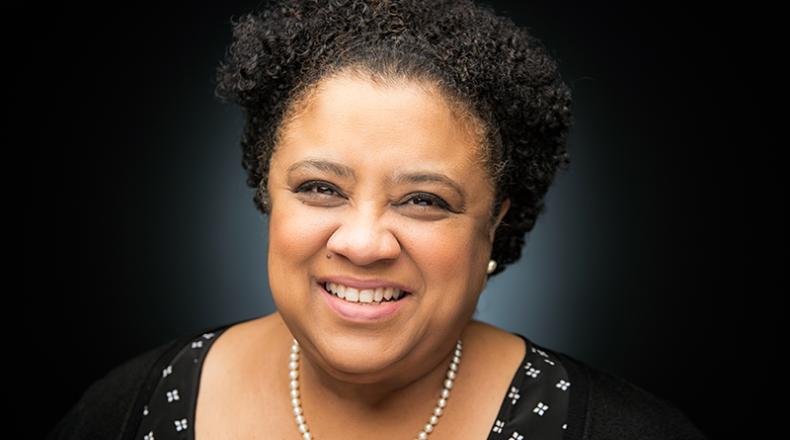 AFP is pleased to have Birgit Smith Burton, the founder of the African American Development Officer Network, take over Mike’s Monday Message today. Birgit serves as executive director of foundation relations for the Georgia Institute of Technology in Atlanta, Ga., and as AFP’s vice chair for membership engagement.

Like former First Lady Michelle Obama said in a recent Tweet and in a video message, I too am confused, scared, angry and just plain overwhelmed by the deaths of black men and women who have lost their lives at the hands of police officers. But I am motivated by my friend and colleague Kishshana Palmer’s article “The Looting of My Soul” to “take action.”

There are a lot of ways we can take action, and storytelling is one. During this time when people want to hear and are listening with interest and compassion, I will finally give voice to a few of my stories of how racism has affected me, and offer some thoughts about taking action.

… I attended a white high school, and at one time I wore an afro. The boys in my class would spit paper balls through straws at my head. I’d find myself crying at the end of the day, removing them from my hair. Humiliated, I gave in and permed my hair straight with the hope that they would leave me alone.

… In my middle school’s production of the Wizard of Oz, I had to play the Wicked Witch, although I wanted to play Dorothy, because, as the director told me, my skin was dark enough for the green makeup to be seen by the audience.

…  I was one of 15 students selected from more than eight hundred applicants to participate in the coveted musical theater program at the State University of New York at Fredonia. After my white adviser told me to choose a different career path, not because I lacked talent, but because I was black and it would be difficult for me to have a successful career, I left the program at the end of my freshman year.

…  During the first few weeks at my second fundraising job at Georgia Tech, I met an 85-year-old alumnus who told me, “I recall the good ole days when there were no blacks or women at Georgia Tech.” I remember thinking, what did I get myself into.

I never told my parents, who lived through the Civil Rights Movement, any of these stories. They attended Tuskegee Institute (now University). While riding a bus one day in Montgomery, Alabama, my father removed the “Colored Section” sign and sat proudly in the “Whites Only” section. My mother thought they would go to jail. But nothing happened and my father kept the sign. He went on to have a remarkable career in the United States Air Force. My parents are no longer with us, but the sign remains and serves as a reminder to me of the audacity my father had to stand up, address the injustice and take action.

These are only a few of many stories. It is what led me to start the African American Development Officers Network (AADO) 22 years ago when I was hired as the first frontline fundraiser of color at Georgia Tech. AADO has grown into a national network of nearly 1,700 fundraisers and allies that offers professional development, education, employment support, mentorship, and networking opportunities. It is a space where the color of our skin is celebrated, and we are not ignored.

Today, while the fundraising world appears to be listening, I offer to everyone: give a voice to your stories of racism and inequality. Educate people. Tell them what they can do to move the needle and make a difference. And if you don’t have a story to tell, then it’s your responsibility to listen. And when you care enough and feel so moved that you can’t sit still, then have the audacity to stand up, address the injustice and take action!