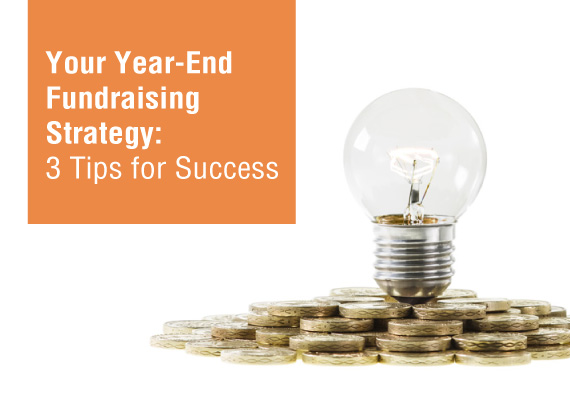 The opportunity presented by year-end fundraising is never understated—it’s common knowledge that the final months of the year present the single biggest occasion for nonprofits to gather the majority of their annual gifts.

You know your organization needs to make the most of the season. However, the chaos surrounding the year-end fundraising season seems to be a lesser topic of discussion. It’s easy to forget that while there is a huge opportunity in these final months, it can be overwhelming to tackle every outlet (major gifts, digital fundraising, fundraising events) during that time!

By narrowing your approach, from how you plan to solicit gifts to which gifts you focus on soliciting, you’ll have a higher chance of success. We’ve pulled together three tips to narrow down your year-end fundraising strategy:

With the above tips, even if these are the only efforts you partake in, your organization has a good chance for success. Continue reading to learn more.

As you approach the year-end giving season, it can be tempting to employ broad, online fundraising tools such as crowdfunding, peer-to-peer fundraising and the like. That’s fine! However, take caution to not rely only on these trending digital fundraising methods to fuel your year-end giving.

Make the principal focus of your efforts during these final months building relationships with major donors. Major donations will most likely make up the majority of the money raised (at times up to 80% of the total money donated). Further, soliciting one major gift saves you the time of soliciting the many smaller gifts that would equal it.

Securing major gifts requires a strong donor stewardship strategy, both reaching out to likely prospects and searching for “diamonds in the rough.” Your nonprofit’s leadership will need to take a front-row seat to this stewardship, hosting potential donors in the following manners:

Because major donors are especially vital in the year-end giving season, this is a point at which hiring a fundraising advisor could be a helpful decision.

2. Aim to retain donors beyond the holidays.

The year-end giving season is a massive opportunity, with about half of all nonprofits bringing in the majority of their annual donations during the final three months of the year. It’s easy to focus on simply powering through the holiday giving season and making the most of those three months with little focus on what’s to come afterward.

However, don’t forget that your donor retention procedures are what will allow you to continue fundraising strong throughout the next year.

Recent studies by the Fundraising Effectiveness Project found donor retention rates decreasing still, down to just over 25 percent in recent projections. This means that only around 25 percent of donors who gave in one year returned to give in the next.

Investing in donor retention now will build you a stronger base for the future. Something as simple as writing stellar thank-you notes, broadcasting the impact you’ve been able to have with donations received and even curating personal thank-you chats with nonprofit leadership goes a long way.

Further, consult the key donors from your year-end fundraising in new campaigns going forward. Create opportunities for these donors to provide feedback on your year-end initiatives as well as any projects going forward so they truly feel part of the team.

3. Consider bringing in outside help.

Stewarding major donors and building a process for maintaining those relationships year-round can be a daunting task. This is because it requires a range of abilities: an aptitude for interpersonal relationships, analytical skills and a deep understanding of fundraising processes.

A strong consultant-nonprofit relationship can be a “magic bullet” of sorts for a nonprofit’s year-end fundraising strategy. Consultants can help your organization narrow down achievable stretch goals, identify key prospects and facilitate the necessary conversations to secure major gifts.

From organizing a feasibility study to identifying which prospects to host, a consultant plays a major role in formulating your fundraising strategy. Keep a few considerations in mind when choosing a consulting firm:

These are just a few considerations to guide your consultant search. The right consultant/nonprofit relationship can have positive effects long after your year-end fundraiser ends, so make sure to do your research.

To learn more about partnering with a consulting firm to guide your organization’s donor stewardship strategy, check out Aly Sterling Philanthropy’s list of the top fundraising consultants for nonprofits.

It’s easy to get lost in the chaos of year-end fundraising, with increased incoming donations and donors involved. There are so many trending methods to power through the season, and it’s understandable to feel overwhelmed!

By centering major donors in your stewardship efforts and placing a focus on donor retention through the season and beyond, you ensure your organization will make the most of the season and be well prepared for the months afterward.

Long before Aly Sterling founded her eponymous consulting firm, she was solving the unique yet similar problems encountered by nonprofit organizations. 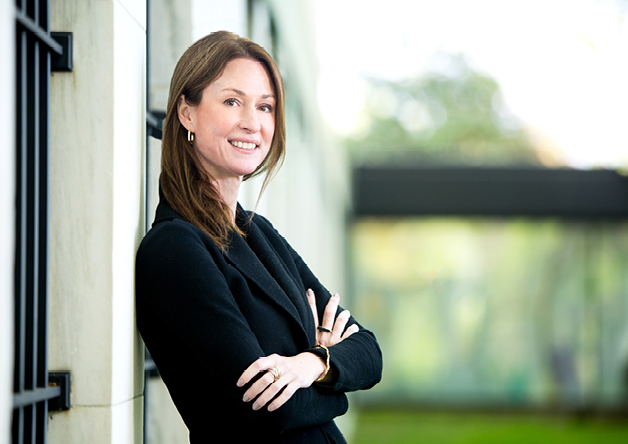 Her decision to start her own business in 2007 was driven by her belief in leadership as the single most important factor in organizational success, and her determination to work with multiple causes at one time to scale societal change.

Aly’s expertise includes fundraising, strategic planning, search consultation and board leadership development for the well-positioned nonprofit. She is regularly sought for comment by trade and mainstream media, including the Chronicle of Philanthropy and U.S. News & World Report. She has contributed to publications of BoardSource and The Governance Institute, as well as the Toledo Chamber of Commerce and The Giving Institute.