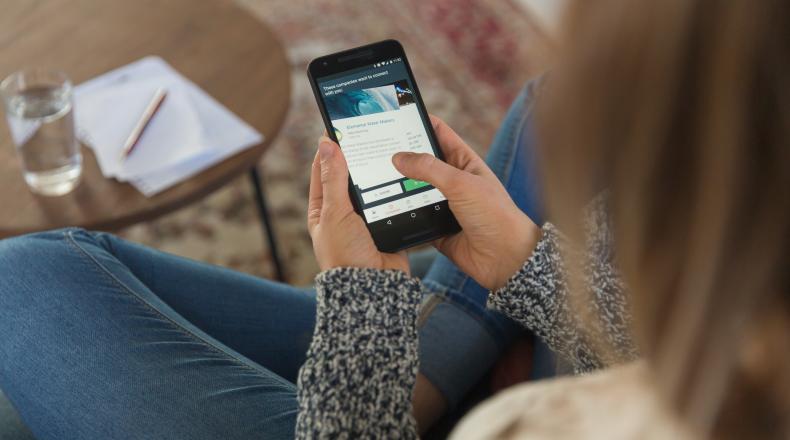 Despite the ongoing impact of the COVID-19 pandemic, charitable giving grew by 7.6% during the first nine months of 2020 compared to the same time period in 2019, according to the Fundraising Effectiveness Project’s 2020 Third Quarter Report, which is administered by the Association of Fundraising Professionals (AFP) Foundation for Philanthropy in collaboration with GivingTuesday.

The Fundraising Effectiveness Project (FEP) is the provider of the Growth in Giving Database, the world’s largest publicly available database of actual donations to nonprofits in the U.S. and Canada. The data is released both via quarterly reports and visible in a newly released online dashboard available at http://data.givingtuesday.org/fep-report.  This new dashboard of report metrics is a result of ongoing collaboration among FEP partners to empower the sector to track and evaluate growth in giving.

The third quarter marks the second consecutive quarter of strong growth in giving. The FEP 2nd Quarter Report found giving at the halfway point in 2020 ahead of the 2019 pace by 7.5%, so the growth in the third quarter continues the upward trend. The increases are especially notable given that at the close of the first quarter, 2020 giving was down by 6% compared to 2019.

“What we’re seeing is that people remain very generous and continue to support their neighbors, communities and charitable causes when they face crises and hard times,” said Jon Biedermann, chair of the Fundraising Effectiveness Project and president and CEO of The Biedermann Group. “Some in the sector were worried that the rebound in giving in the second quarter would be short-lived as donors suffered prolonged challenges from the pandemic. While the donors giving less than $250 in the third quarter was not as far ahead as the second quarter, the public remain resolute in their giving. More importantly, we’re seeing those giving $1,000 or more increase in the third quarter, which is critical as those donors make up a majority of the donations and were lagging behind in the first half of the year.”

The rate of growth in the overall number of donors slowed a little in the third quarter (from 7.2% after the second quarter to 6% after the third quarter compared to 2019). The increase in donors is led by the number of new donors, up 11.7% compared to 2019. The only area of significant decline is in new repeat donors—donors who gave for the first time to a charity in 2019 but haven’t given again to the same charity in 2020 so far—down 10.3%.

It’s likely that many new donors last year are switching their giving to pandemic relief organizations, said Biedermann, which would account for the drop in new repeat donors and the increase in the number of new donors.

Strategies for the Fourth Quarter

The last three months of the year, and especially the month of the December, are critical for giving, as charities tend to receive anywhere from 33-75% of their total contributions during the fourth quarter. The Association of Fundraising Professionals’ Coronavirus Response Survey, published in June, found that 57% of charities were expecting to raise less money in 2020 than in 2019, making the fourth quarter even more critical this year.

“While the growth numbers are positive, the amount of giving in the fourth quarter dwarfs the rest of the year, and so it’s paramount that charities attract donors and raise funds in an effective and successful manner,” said Ben Miller, vice chair of the FEP and chief analytics officer at DonorTrends, a division of EveryAction. “The absolute priority for charities must be to keep fundraising through these times, no matter your cause. Through every disaster or other crisis, time and time again, those charities who have continued to fundraise, who have communicated to donors why their cause remains important no matter the environment—those organizations have always been more successful. In whatever way you reach out to your supporters and the public, whatever means you use, just make the decision to do it. That’s where your success will start.”

Charities should continue their fundraising right up until the end of the year as many donors often wait until the last moment, especially if they are considering different tax issues. Empathy and understanding are also critical, according to Miller, as many past supporters may not be able to give as much—or at all—as they have in past years. “Approach donors with sensitivity and make clear you understand the challenges of 2020, but don’t be afraid to reach out.”

The increase in giving and number of donors for the first three quarters of 2020, compared to 2019, sets up charities for a potentially very successful final three months of the year. There may be a sense of optimism among donors with the COVID-19 vaccine beginning to be distributed. In addition, a relief bill passed by Congress at the end of the year could also increase giving if Americans feel more confident about their financial situation, and the stock market remains strong overall.

However, changes in policy, in the economy or the stock market, or even in vaccine distribution, could affect overall giving, even with just a few days left in the year.

“People came together on GivingTuesday, December 1, and donated $2.47 billion dollars in the U.S. alone. This was a 25% increase over the previous year’s total and represented a similar increase in participation,” shared Woodrow Rosenbaum, chief data officer of GivingTuesday, which collaborates with the Association of Fundraising Professionals to administer the Fundraising Effectiveness Project report. “If these trends hold, the remaining days of the fourth quarter will provide an additional surge of donations and a much-needed boost for causes and communities who are working overtime to meet the current spike in need and who will play a critical role in rebuilding and recovery long after the pandemic eases.”

The FEP 2020 Third Quarter Report, along with the online dashboard, are available for free at www.afpfep.org.

The data analysis includes giving details from 2,496 nonprofit organizations based in the U.S. as a subset of the Fundraising Effectiveness Project. The FEP’s database of organizations is made up of organizations that raise between $100,000 and $10 million, so the data is not be representative of larger charities such as hospitals and universities.

For more information about the Growth in Giving Initiative and Fundraising Effectiveness Project, please visit www.afpfep.org.

About the Fundraising Effectiveness Project

The Growth in Giving database, created in 2012, is the world’s largest public record of donation activity, with more than 204 million donation transactions, and is continuously updated by leading fundraising software thought leaders (in alphabetical order) Bloomerang, DonorPerfect, and NeonCRM. Additional partners include the 7th Day Adventists, The Biedermann Group, DataLake Nonprofit Research, and DonorTrends (a division of EveryAction). For more information and how you or your fundraising software provider can participate, please visit www.afpfep.org.

The AFP Week in Review, December 2