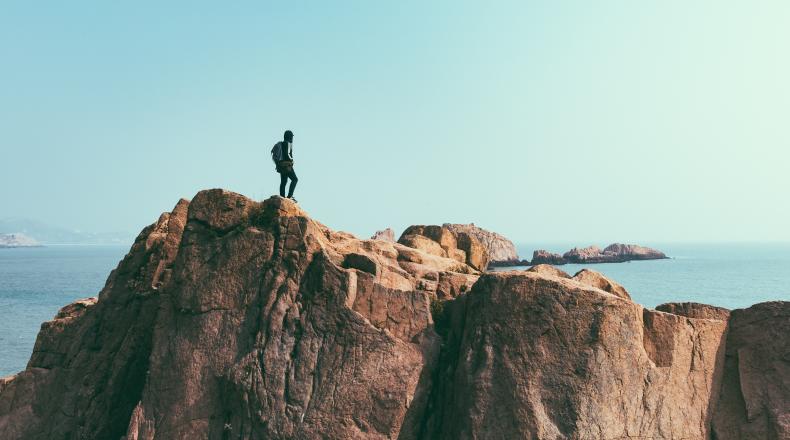 Giving USA, the longest-running and most comprehensive report of its kind in America, is published by Giving USA Foundation, a public service initiative of The Giving Institute. It is researched and written by the Indiana University Lilly Family School of Philanthropy at IUPUI.

“The data reflect what AFP expected to see based on our own findings from the Fundraising Effectiveness Project Quarterly and Year-End Reports,” said Mike Geiger, MBA, CPA, president and CEO of AFP. “The FEP found that the growth in giving dropped by 80 percent in 2018, and we see a similar decline in Giving USA as well—from roughly 5.2 percent in 2017 to just 0.7 percent in 2018—and giving actually decreased if you account for inflation. Of course, there were a lot of changes in the philanthropic landscape last year, including the major tax bill that was enacted in 2017, so a number of factors contributed to the shifting levels in giving.”

One important shift in the 2018 giving landscape is the drop in the number of individuals and households who itemize various types of deductions on their tax returns. This shift came in response to the federal tax policy change that doubled the standard deduction. More than 45 million households itemized deductions in 2016. Numerous studies suggest that number may have dropped to approximately 16 to 20 million households in 2018, reducing an incentive for charitable giving.

AFP members now receive an exclusive 15% discount on all 2019 products, including print and digital packages, data tables, and a full PowerPoint to share and explain the data trends with your fundraising staff and board of directors. Members can click here to get the special code to use and receive the discount when ordering.

Giving by foundations had a record-breaking year, reaching its highest-ever dollar amount even when adjusted for inflation, and growing to its largest share (18%) of total giving to date in 2018.

"Giving by foundations represented 18% of all charitable dollars given in 2018—an unprecedented dollar amount and an unprecedented share of total giving. The strong growth in giving by foundations and in giving by corporations helped bolster total giving overall in 2018,” said Rachel Hutchisson, chair of The Giving Institute, and vice president of corporate citizenship and philanthropy for Blackbaud. “These results highlight the importance of institutions to the philanthropic landscape, and serve as a reminder that different types of approaches to philanthropy are vital for strengthening and expanding the field, especially in complex years like this one.”

Giving by individuals decreased as a percentage of total giving in 2018 to 68% (down from 70% in 2017), despite achieving its third-highest total dollar amount on record, adjusted for inflation.

"As we’ve seen in previous years, the strong economy had a positive influence on individual giving; however, these positive effects may have been tempered by policy changes and other factors to create a more mixed picture for giving in 2018. About half of all Americans give, and the tax policy changes may have created uncertainty for some donors, especially those who previously itemized but no longer will,” said Una Osili, Ph.D., associate dean for research and international programs at the Lilly Family School of Philanthropy. “We have strong historical data about the link between economic variables, the stock market and charitable giving, and we will be analyzing data for the next few years to better understand how broad giving patterns may have changed.”

Some of the categories of charitable organizations that had declines in 2018, including giving to education and giving to foundations, experienced strong growth in 2017, even when adjusted for inflation. It is not unusual for strong growth in giving one year to be followed by slower growth or a decline in the following year, especially in terms of inflation-adjusted dollars.

“The complexity of the charitable giving climate in 2018 contributed to uneven growth among different segments of the philanthropic sector,” said Amir Pasic, Ph.D., the Eugene R. Tempel Dean of the Lilly Family School of Philanthropy. “Charitable giving is multi-dimensional, however, and it is challenging to disentangle the degree to which each factor may have had an impact. With many donors experiencing new circumstances for their giving, it may be some time before the philanthropic sector can more fully understand how donor behavior changed in response to these forces and timing.”

Giving USA 2019: The Annual Report on Philanthropy for the Year 2018 is a publication of Giving USA Foundation, 2019, researched and written by the Indiana University Lilly Family School of Philanthropy.

Giving USA estimates primarily rely on econometric methods developed by leading researchers in philanthropy and the nonprofit sector and are reviewed and approved by members of the Giving USA Advisory Council on Methodology (ACM). Members of the ACM include research directors from national nonprofit organizations, as well as scholars from such disciplines as economics and public affairs, all of whom are involved in studying philanthropy and the nonprofit sector.

The Indiana University Lilly Family School of Philanthropy prepares all of the estimates in Giving USA for Giving USA Foundation. Giving USA develops estimates for giving by each type of donor (sources) and for recipient organizations categorized by subsectors (uses). Most of Giving USA’s annual estimates are based on econometric analyses and tabulations of tax data, economic indicators and demographics. Data for giving by foundations come from Candid (formerly the Foundation Center).