Giving Up Slightly in 2018, But Only Due to Larger Gifts 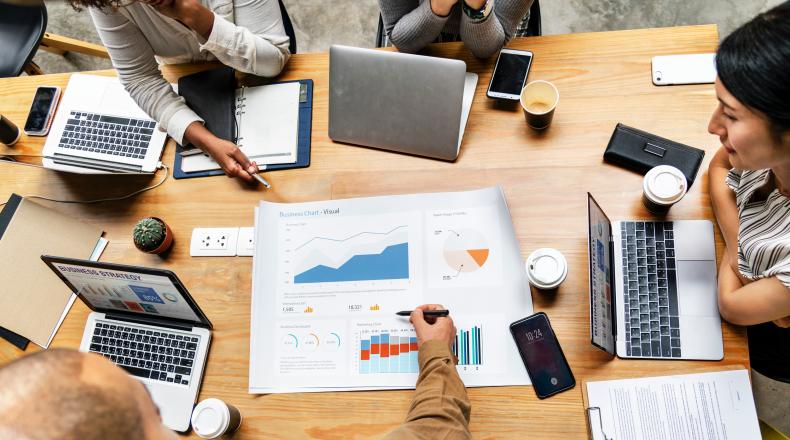 Number of Donors, Retention Rates and Smaller Gifts All Decrease

Giving increased by 1.6% in 2018, according to the Fundraising Effectiveness Project’s 2018 Fourth Quarter Report, with philanthropic gains being driven exclusively by donors who gave $1,000 or more.

After a sluggish first half of the year, charitable giving rebounded in the third and fourth quarters of 2018 to end with an overall increase. However, the increase was smaller than in 2017 (when giving increased by 8.0%) with other key giving indicators continuing to fall.

While total giving from gifts of $1,000 or more increased by 2.6%, revenue from smaller gifts decreased. Gifts in the $250 - $999 range dropped by 4.0%, while gifts of under $250 dropped by 4.4%. The number of donors also fell, as did retention rates (the percentage of donors who continue to give to the same organization).

“The headline may show an increase in giving, but that increase masks some serious long-term trends that are presenting huge challenges to the sustainability of fundraising and philanthropy,” said Elizabeth Boris, chair of the Growth in Giving Initiative. “Giving is increasing because of larger gifts from richer donors. Smaller and mid-level donors are slowly but surely disappearing—across the board, among all organizations. Philanthropy should not and cannot be just the domain of the wealthy, and the entire sector needs to look at how we reach out to and engage these donors.”

“What’s concerning about this data are the significant decreases in the New and Newly Retained Donor Groups,” said Ben Miller, chief analytic officer at DonorTrends, which created the final report. “From past reports, we’ve seen that charities seemed to do well at acquiring new donors but retaining them was a challenge. Now we’re seeing difficulties in acquiring donors, and that could spell real trouble with fewer donors giving. Again, it’s great to see giving increasing overall, but the question remains around the long-term sustainability of the sector if these trends continue.”

Impact of the Tax Bill?

Trends and changes in giving are not typically caused by one single factor. However, the tax law signed in late 2017, which doubled the standard deduction and likely caused many taxpayers to take fewer itemized deductions including the charitable deduction, may have played some role in the results.

“I think one of the reasons that we’re seeing more larger gifts is that donors had to give more—and have other itemized deductions—in order to exceed the standard deduction threshold,” said Jay Love, chief relationship officer and co-founder at Bloomerang, one of the three data providers for the Growth in Giving Database. “What’s fascinating is that over a third of donors—37.4%—in the $1,000-plus gift range were new to that category. That’s a lot of new donors giving significantly more, which tells me that some of those donors were likely giving larger sums in order to itemize their deductions. Smaller gifts also fell, as those donors couldn’t take advantage of the charitable deduction anymore.”

Based on conversations with clients and charities across the country, it is likely that the full impact of the tax bill may not be felt until the end of 2019, noted Jeff Gordy, president at NEONCRM, also a data provider. “I think a lot of donors won’t fully realize how the tax changes affect them until they do their taxes this year.”

“These are overall numbers for the entire sector, and despite all the challenges, giving did increase,” said Jon Biedermann, vice president at DonorPerfect, the final data provider. “What’s most important are the decisions your organization makes, its giving and fundraising strategy, and its willingness to focus on donor cultivation and stewardship."  Biedermann added, “None of this research would have been possible without the fantastic collaboration of my industry colleagues, who are also my competitors. We invite other industry colleagues to join our efforts so that we can all work together to reverse these alarming trends."

Data from the FEP’s 2018 Fourth Quarter Report is based on a panel of more than 4,500 charities selected from the Growth in Giving Database of 161 million individual transactions, which includes more than $72 billion in donations and 18,348 organizations since 2005. Organizations included in the panel have raised $5,000 or more from 25 or more donors in each of the last six years. Revenue figures have been adjusted for inflation.

For more information on the 2018 Fourth Quarter Report, and to download the Report and learn about other free FEP tools to help measure fundraising effectiveness, please visit afpfep.org.

The Fundraising Effectiveness Project was created in 2006 through the collaboration of the Association of Fundraising Professionals and the Urban Institute. The Growth in Giving database, with more than 161 million donation transactions, is continuously updated by leading fundraising software thought leaders (in alphabetical order) Bloomerang, DonorPerfect, and NeonCRM.  In addition, Softrek contributes data on an annual basis. Additional partners include the 7th Day Adventists, the YMCA of the USA, DonorTrends, and DataLake.  For more information and how to have your fundraising software provider participate, please visit afpfep.org.