No Trepidation: Advocacy is Storytelling and Fundraising (Interview with Kelly Siefkin, CFRE) 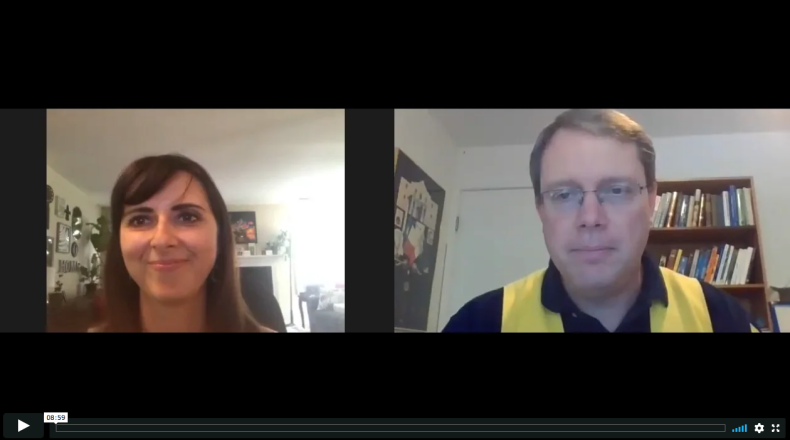 AFP Vice President for Communications and Public Policy Michael Nilsen interviews Kelly Siefkin, CFRE, the vice president for communications and marketing at the Sacramento Food Bank and Family Services, and president of the AFP California, Capital Chapter. Learn how important and easy it is to lobby as Kelly explains her evolution from being trepidatious about lobbying to being active and engaged in advocacy!

Michael Nilsen:                    Hi everyone. This is Michael Nilsen. I am the vice president for communications and public policy for the Association of Fundraising Professionals at our international headquarters. I am joined today by Kelly Siefkin who is the vice president for communications and marketing at the Sacramento Food Bank and Family Services. She and I are going to have a discussion about, of all things, public policy and advocacy. Kelly has admitted, she was scared of advocacy and lobbying before she went to this great event and now she's a pro and could teach me, probably a few things.

Michael Nilsen:                    Absolutely. So, you're with the Sacramento Food Bank and Family Services. Why don't you tell us a little bit about what that organization does in your community?

Kelly Siefkin:                          We are a regional food bank based in Sac County. We serve nearly 150,000 men, women and children every single month. Our goal is not only to try and end food insecurity, but also provide a variety of other services. So, we have 14 programs and services, all available at no cost. We are a private, non-profit organization, so we don't receive any government funding. We rely on about $10,000 volunteers annually. In the world of the non-profits, we're kind of medium in size, thanks to our staff of about 88. Really an incredible organization working to end hunger.

Michael Nilsen:                    That's great, that's great. Speaking of public policy, I know that we had the big tax bill last year and we're still ... no one knows how this is going end out and what the impact might be. Do you think you've seen any impact from that bill at this point or anything your donors might be saying about, maybe some of your larger donors, like "I might hold off, I'm not sure what I'm going to do yet." Have you felt any of that yet?

Kelly Siefkin:                          We haven't yet, doesn't mean it isn't coming, but we haven't felt it yet and I think that has to do with the way our organization of structure with a lot of smaller quantity donors. A lot of our donors are long time givers and very passionate about the cause potentially over the tax benefits.

Kelly Siefkin:                          So, we haven't quite seen that yet. We're very surprised, we did have impacts last year of a few appeals and things that we pulled off due to natural disasters. California is under, obviously a lot of evacuations due to fire constantly in the summertime. So, we're always trying to pay attention to those kind of things and a lot of things pop out and definitely effect our fundraising.

Michael Nilsen:                    Absolutely. Okay, well it's good to hear that you haven't so far. That's great. You first came to our attention when you had written a piece in your chapter newsletter about heading to Capitol Hill and wanting to meet with your senators, not an AFP function, but something for your organization. You mentioned you had some trepidation about going- what was that event and what did that entail as you went there?

Kelly Siefkin:                          The idea of meeting with our congress women terrified me beyond belief, but I was really excited to go. The conference, actually prepared me quite a bit, just like an intro to policy and learning all the ins and out and everything and I had to say that the most valuable piece were all the people that I met. Not only in the state of California, but nationwide doing a lot of cheerleading and encouragement and a lot of "I've been in your shoes." It doesn't happen to necessarily be something that comes naturally to folks.

Kelly Siefkin:                          I think the experience is huge, but I think a lot of things prepared us for it. We did a little bit of practice. I know as hokey as that could be, to do role-playing, it's really, really important. I also think it was really nice to know a little bit about the people that we were going to meet in advance.

Kelly Siefkin:                          Public figures are information that's available so you can learn about them. When you sit down ... and I want to be totally honest, often with their staffs, it's very, very less scary than you anticipate. They're real people, they make you feel heard, wonderfully, they work for you and all of these things. They know that your coming and ... I'd say like 98% of the time, they know what you're gonna say. There's no huge ... nothing catches them off guard as much. But it is really nice because often what you can provide them with, is some type of leveraging tool. They are so busy with so many things going on, if you could provide an actual, personal example of something that's going on in your community, they can take that with them anytime that they need to go oppose or support a bill.

Kelly Siefkin:                          Sitting on the plane, coming home from this conference, I had this giant light bulb going off going "Oh, this is exactly like fundraising." But nobody had told me that, nor had I made the connection before. It's a lot of the things. Do your research in advance. You go and you make a solid ask. You listen for input. You are prepared. You make sure that the individual understands why you're coming to do this meeting. It's completely paralleled in every way. I think for people who have not done financial asks before, the donor might feel that same trepidation that I was feeling in Washington DC, but they're very, very translatable.

Kelly Siefkin:                          I think people should just try it. I don't think it's nearly as terrifying as you think it is, once you've actually done it. I would 100% advocate with going with a buddy. Have someone who's done this before. It's no different than shadowing an ask, making sure that the person could be there to help you along. Often, you get a tiny amount of time with an elected official and maybe you have three points on four different bills and that's a ton to remember. I think it's really nice to go with somebody, because then you can pop in and share something in case the other person forgets.

Kelly Siefkin:                          I also think it's really important to practice, just to make sure that you're really comfortable. And if it's something you're not comfortable in, make sure somebody else can be there to carry that torch. The last thing you want to do is look like you're not knowledgeable in a subject, just like you would fear that with a donor. You wouldn't want to be doing that with the elected representative.

Michael Nilsen:                    That's great. It sounds like you probably know about the issue. Like you said, they're so busy. You probably know more about your issue than most of them there, right? Unless they're really specialized in something. They're probably learning things as you tell them anyway, right?

Kelly Siefkin:                          That's beautifully stated. Most of the time, they don't have the bandwidth to be nearly as knowledgeable. You're actually the expert and it's really weird to think that about yourself, because you live in these bubbles.